Running up a trail I take a couple times a week, I hopped a few rocks around a father toddling up with his daughter, she 3 or 4 years old, I guessed.

I noticed she changed her pronoun. Do three-year-olds know their pronouns or was she just mimicking her father?

Did he not understand that his small daughter understood pronouns?

Did he think she was seeking confirmation three times in a row, and not, possibly, a correction as affirmation?

We were all baffled, I suppose.

Liked that moment?
Subscribe to Sara and get their extensions as they publish them. 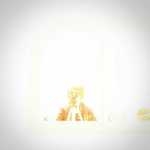 Paul, David Wade, Cassie, abn and 3 others said thanks.

Other moments in Longmont