To discover my roots I went up.

Stockholm, we thought, would be a great place to travel to in Easter, plus I have some family there so we’d had a place to stay.

So started a journey that would bring me closer to a family I knew very little about, and most of all, it slightly uncovered more about me.

My father was born in Stockholm, and Mexico was my place of birth. Two parallel lines frame my life without a converging point. Tone and undertone. Visible and invisible.

I grew up being a certain stranger in both realities.

My mother’s family, established in Mexico for generations, brought a static certainty. The family of my father on the other side bears within the detachment of the immigrant. I grew up hearing stories about my mother’s side of the family, so it was easy to connect the dots; nevertheless with a diffuse genealogical tree, the stories of my father and his family were all different, decisions made which I never fully understood. There was no mainland.

So I arrive in Stockholm, Annika, the sister of Farmor is waiting for me at the bus stop, she looks exactly like my grandmother. I, somehow, look also alike.

As the day progressed I found a lot more about my family, things began to clear up and some kind of meaning was sinking in. I won’t say that I found myself, but it did reveal something hidden about me. Slowly the feeling of guilt, that came from not knowing my family (and vice-versa) began to erase.

The past has a weight over the present. Family legacy writes our history more than we think it does. Does knowing who our ancestors were, helps us find/understand ourselves?

We arrived at Farmor’s house, her decoration so unique instantly reminded me of her place in Mexico, only this time I was in Stockholm, overviewing a lake. A portable radio from the 70’s filled the air with Radio Viking’s transmission of David Bowie. First impressions tend to be memorable.

Later that night over homecooked dinner, some of the decisions my family had made long ago became clear, I was getting to know them throughout my aunt’s stories. In a way, these stories validated some traits I have. Learned patterns, what do they say about me?

Traveling is a cleansing method: questions arise, but the noise diminishes; decisions made become clearer, a path opens up. However certain nostalgia covered my way, the discovery of the no-being; belonging in two places but none at the same time and somehow finally understanding and knowing a little more about this long unknown place.

Liked that moment?
Subscribe to Jannike and get their extensions as they publish them. 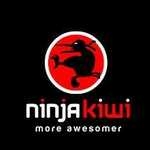 Christine, Ricardo, Jan, Peter and 2 others said thanks.

Other moments in Stockholm