In almost any country of the world you can order banana pancakes at certain cafes and restaurants popular with young travelers. Doesn’t matter where you are — white sand beaches in the South Pacific, tea houses in the Himalayas, jungle huts of South America, hostel cafes in Europe — banana pancakes will be a recurring item on the menu. Pancakes are easy to make, hard to screw up, cheap and filling, and apparently bland enough to act as a retreat from the local cuisine for nearly everyone. For at least 40 years, banana pancakes have comforted homesick backpackers around the world. I’ve eaten my share for various reasons.

Along with pancakes, other common perks can be found in almost every backpacker’s guesthouse these days including free wifi and showers; these tiny familiarities smooth the way to alien and strange places. Whenever possible I choose to lodge in backpackers hostels — even when I have the choice of staying at a pre-paid fancy western “four star” hotel — because I am much closer to the action, and it’s the best place for picking up the most current updates and tips for what’s going on. Inevitably a cafe nearby, or the guesthouse itself, will offer banana pancakes on its menu.

While travelers like myself are very quick to distinguish ourselves from “tourists” (travelers carry their own luggage, make up their own itinerary, and rely on public transportation; tourists don’t) we share one habit with tourists: we tend to congregate together. It is not at all unusual to find independent travelers vagabonding the world but winding up in the same cafes and guesthouses city after city. You might run into the same folks in the same hotels New Delhi and Bangkok, even though none are traveling together. There are some very practical reasons why. For one, there is a limited supply of cheap lodging willing to take in transient (and cheap!) travelers, which tends to funnel the vagabonds together. A limited selection of restaurants within walking distance of said hotels, and the limited selection of cheap, quick, accessible menu items for those places. The result is the Banana Pancake Kingdom.

The Banana Pancake Kingdom is that very small place made up of the few thousand places that young travelers actually go to. It is the tiny place that is covered in detail by the Lonely Planet and Rough Guides. It is that state of mind stuck in a perpetual Saturday of late nights and no calendar. Within the Pancake Kingdom the guesthouses and cafes follow a similar style (hippy deluxe), common routines, and almost consistent services (book a trek, get tickets, arrange a ride to the airport). The Kingdom is a very thin line that weaves through a vast map. In practice the printed guidebooks for all countries of the world are really just different guidebooks to the same small country. Every Lonely Planet book is really a Lonely Planet Guide the Banana Pancake Kingdom.

But I love the Banana Pancake Kingdom! It offers a decent compromise compared to the alternative: staying in peoples homes, or sleeping outside, or in tents, or going native in other ways. Which I have done plenty of. Way back when, I traveled in parts of the world that had not been touched by the Pancake Kingdom, and moving around was tough and exhausting. Staying with families was the only option, but it also had many downsides. And of course, there are vast swatches of the globe today not in the Banana Pancake Kingdom, where travel is a true adventure — and tough and exhausting. The Pancake Kingdom is a very thin line of semi-comfort, but its advantage is that it is very easy to step outside it. The ceremony in my photo above was captured right at the border of the Pancake line in Bali, Indonesia. A day later I was back.

But it’s hard to leave. You have to slow down. Make do with less certainty. Carve out time and attention. You will definitely be out of your comfort zone. But if you make a point of trying to stay in a homestay, or have a dinner in someone’s home, or walk, or hitch to the next town instead of using public transportation, you’ll leave the funnel of the Banana Pancake Kingdom, and you’ll be transported somewhere else that is seriously different. That’s good.

But — here is the lesson — it is much easier to reach Otherland from the Banana Pancake Kingdom than it is from a Four Season’s Hotel, or a tourist bus, or from the black-windowed jeep of a NGO. It is closer than any cruise or tour group can get. The Pancake Kingdom is at least half way. For many folks, just making it to the Kingdom will be a big step, and worth the effort. Let me put it this way: Being a tourist is better than staying home. Being in the kingdom of pancakes is better than being a tourist. But going native in Otherland is better than being in the Pancake Kingdom. So, if you’ve made it to the secret Kingdom of Banana Pancakes, you’ll learn a lot that will probably change your life.

Just remember that the Banana Pancake Kingdom is the on-ramp and not the destination. 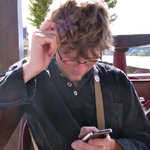 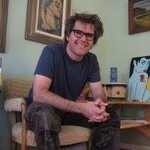 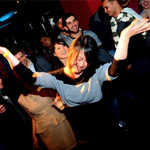 Boris, David Wade, Pamela, Shu and 12 others said thanks.

Other moments in Ubud