“This.” Your eyes never left the view from beyond the glass windows. The blinds were drawn and we sat there staring at the not-so-amazing skyline. It was not like New York’s that has hundreds of skyscrapers crowding the horizon. No Empire State, no Chrysler, no Twin Towers. Nor was it like Chicago’s with equally-spaced and beautifully illuminated buildings. Neither does it have anything fancy like Seattle with its Space Needle. It was, for the lack of a better term, unadorned. No tall and modern skyscrapers, nothing that would, right away, catch your fancy or that would take your breath away.

The only notable things I could see from where we were silently sitting side by side were the green, castle-like building of a religious congregation and a landmark of the city where the remains of one of the former presidents of the country was laid to rest. How unromantic does that sound, right?

“It looks like the castle in Disneyland,” you said referring to the green, castle-like building, breaking the silence surrounding us. I took my eyes from the view and looked at you before smiling and shaking my head, remembering you had just been to Hong Kong a few weeks earlier. “It does, doesn’t it?” I replied. You always had a way to make me smile, or laugh, or simply be happy just by being there. Like now.

I returned my gaze back to the view and said, “See that sort of a tower?” I asked, talking about what really is a tomb, “it reminds me of Saruman’s tower in The Lord of the Rings.” And it earned a laughter from you. “How clever,” you said to me while nodding. I looked back at the three angels sitting atop the three pillars with their wings making the tower’s tips.

We sat there unmoving, just silently staring at the skyline in front of us, the streets below, and the mountain range beyond that. And I realized, no matter how unadorned the view before us is, it was, for me, the best one I have ever seen. It has nothing fancy, true, nothing modern, yes. But I see the sense of calm in its simplicity. With our clever minds, we made something ‘extra’ out of the ordinary.

And, more than anything else, looking at it with you was more than enough to tip the scale to the favorable side. You have your way of making me see beyond the ordinary, appreciate things for what they are really worth. And the silence we shared in that Sunday afternoon was one of those memories I treasured the most.

Liked that moment?
Subscribe to Elen and get their extensions as they publish them. 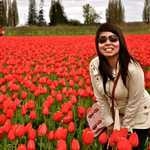 Other moments in Mandaluyong