It was 13°C with scattered clouds. The wind blew strong.

The Herald Sun, Rupert Murdoch’s Melbourne tabloid, is the highest-circulating daily newspaper in Australia with a readership of well over a million. Perhaps this front page headline (and lurid illustration) on the new state budget was not intended to be pornographic, as such, but it does look a bit like that. In Victorian times the verb ‘to spend’ was slang for a frankly sexual act (and I don’t mean ‘spend a penny’). No doubt, the editors simply meant to call to mind the ‘bump and grind’ rhythms of Peggy Lee or Shirley Bassey and the double entendre of the song title referring to two (actually three) types of spending.

But there is another kind of obscenity displayed on the front page of this tabloid: 1)increased staff numbers and modest pay hikes for school teachers, police, firefighters, nurses, and ambulance drivers are referred to as “massive blow out in public sector wages” and “catering to union mates”; 2)much needed improvements in services and infrastructure in public transport, health and education are referred to as a “big spending splurge”; and 3) entirely reasonable tax increases (which were clearly foreshadowed in the recent election campaign) are referred to as a “soaring tax grab”. Keep in mind: all this “big spending” is delivered along with a 1.2 billion dollar surplus.

All in all, I don’t believe an unremarkable state budget calls for so much sexual innuendo and hyperbole but if someone gets a massive orgasm out of it, then I suppose it isn’t all bad. 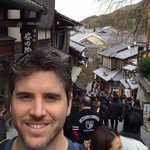