Last night I had dinner with some good people and then walked a friend back up to the G train. Neither of us felt like going home, though, so we bought gum and seltzers and went into McCarren. There, immersed in the science fiction glow of the street lamps, we watched kids playing soccer and talked. On the horizon, two brighter lights, the twin beams of the memorial at ground zero.

After awhile, my friend and I laid back, propped our heads on our backpacks and looked up at the sky, which in New York is a non-sky because of light pollution. We saw nothing.

I put on music and we linked ankles.

Then my friend cried, steadily and silent. She had just lost her job, quit her boyfriend, and moved out of her apartment. She is a tiny gull lost at sea and the storm feels immense and immeasurable. She is worried she will become insane, like her mother, who lives in a home and is constantly under threat of expulsion for self-destructive behavior.

(My friend’s own behavior includes many self-destructive tendencies, but they are currently en vogue, and thus acceptable. Plus, she is very, very pretty. Both of these things make her forgivable.)

We lay and listened, touching arms and holding hands, long after the lights had been powered down and the soccer players had gone home.

Planes cruised by overhead, winking with their lights. I pointed and waved. “Look! That’s me!”

We laughed about how young everybody looks in Brooklyn, these days, and our tendency to attract men under the age of 25.

The night wandered on and on.

“What if we fall asleep here?” she whispered, rushed and private, clutching my wrist in her fingers. “When we wake up, i’ll have to go straight to work. It’ll be the strangest thing I’ve ever had to do.”

I hope we fall asleep here! My mind sang out, joyous, and then immediately was fearful that I would awake, alone on the dirt, and my friend, 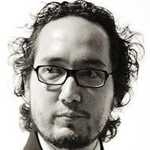 Lia, Robin, Sara, Paul and 3 others said thanks.