It was 13°C with few clouds. There was moderate breeze.

Every time I come to Turkey, I think it will be the last time. Unlike those times, is this time.

I bought a one-way ticket.

My best friend Kate lives on a tiny street off Tarlabasi Boulevard, in a bad part of town with an incredible view. Historically, the district has been home to lower income residents of Greek and Armenian descent, as well as marginalized social groups like transsexuals, sex workers, and illegal immigrants. In other words, a sub-sub-strata of modern Turkish society. The condition of the buildings reflects this. They are falling apart. The streets, too, are crooked and pot-holed and poorly lit. Trash piles up. Graffiti is everywhere.

But today, in a place like this, at a moment like this, you can smell the encroaching money. There are too many people and too little time and too much money to be made.

Construction has already begun. Residents have been evicted, but a few have resisted. Regardless, their homes are curtained off with sheets of construction plastic and big, painted billboards boasting portraits of local people next to large font quotes:

“I live here! I want to revitalize my neighborhood. My local business will do better.”

An English-language blog follows the demolition with a critical eye:

“Beyoglu mayor Ahmet Misbah Demircan has repeatedly vowed to turn Tarlabaşı Boulevard into the Champs Elysées of Istanbul. And while one wonders if the irony of aspiring to turn the now gutted Boulevard for which over 360 historically listed – and mostly Greek – buildings had to be razed, into a street named after the mythological Elysian Fields escapes [Mayor Demircan], it certainly raises the question what exactly is to be ‘renovated’ and whose history to be ‘preserved’?”

David Harvey, an anthropology professor at CUNY, compares the process of revitalization in Tarlabasi to similar projects he’s witnessed in Baltimore:

“One of the issues that becomes very fundamental is the right of return. That people who are displaced should have the right to come back in after the renewal has been done. And therefore, that means, that the nature of the renewal is to rebuild a neighborhood for the population that is already living there, rather than to clear it out and then turn it into high-end condominiums for the rich folk. But those are the kind of people the municipality tends to favor. The lack of democracy in the process is the thing that’s most troubling. So we’ve got a vested interest urbanism rather than a popular urbanism.”

Meanwhile, artists have taken over some of the abandoned homes, transforming them into an open-air art show titled “Division Unfolded: Tarlabaşı Intervention.”

I observe, but I do not accept it. 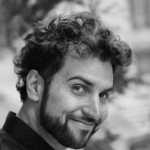 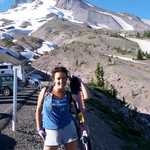 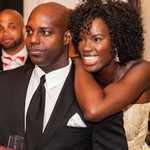 Kristen, Jo, Mehran, Aidan and 11 others said thanks.