Not on the train to grandmother's house.

It was 15°C with few clouds. The breeze was gentle.

This morning I got a message from an old, best friend from high school. She had unexpectedly received a letter she wrote the year we graduated, telling her future self what her life was like then and what she expected.

I loved her to bits, too.

We were inseparable. When I got my belly button pierced, she got hers done. When she lost her virginity, I followed suit not long after. At some point, when life intervened and made our double act impossible, we drifted apart. I moved away. She stayed.

This morning as I rode the train, eyes half-closed in a sleepy stupor, the rollicking of the carriage on the tracks and the watery light flashing in the window between tunnels tricked my brain into thinking, for a second, that I was riding the train to my grandmother’s house. Through the eastern suburbs of Sydney, through the small towns towards the Blue Mountains. At the other end, her liver spotted hand squeezing mine with surprising strength and the smell of bran taking over the pantry.

My grandmother had a best friend too: Rozzie.

They did everything together. Rozzie the confident, daring one. My grandmother the follower, the sensitive one. When Rozzie decided to join the army in the midst of the second world war, my grandmother decided to go right along with her.

Rozzie wanted to join the air force, so they went out for it, filling out the forms, signing up for the physical. It was nose polyps that finally intervened in their double act. Rozzie tossed her hair and sashayed into the air force. My grandmother couldn’t follow her there, but her mind had been made up about joining the army, so she took a post in the communications center, tapping out morse code.

It was there she met my grandfather, and not too long afterwards, they started their family with a bright and bouncing baby girl — they called her Rozzie.

And sometimes they come from a very old friend who is no longer your double, but who you’ll never forget.

Liked that moment?
Subscribe to Jane and get their extensions as they publish them. 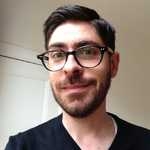 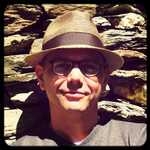 Amal, Christine, Paul, David and 4 others said thanks.

Other moments in Burlingame