It was 16.7°C with scattered clouds. The breeze was gentle.

Have you ever looked at someone and said to yourself, “I am soooo glad I’m not them.” Everyone has. Before we evolved into humans, we were just like all other creatures: relying on pure instinct to survive. Well, do you know what our instinct told us? Competition! Survival of the fittest! You gotta beat that guy, then you can get the girl! You have to be stronger so you can get to the top of the tree to eat that banana before she does! We are now millions and millions of years of evolution away from that time period. So what has changed? I mean, we still rely on instinct, that’s for sure. But the ironic thing is: our instinct told us to not listen to our instinct. I know it’s a paradox, but just think about it. If we survived on pure instinct back then, then why don’t we do it now? I mean, all the other animals are doing great, until one animal decided to evolve and destroy all other animals. It makes humans sound like barbarians but actually, we’re the opposite. From evolution we have gained logic, compassion, comprehension, deep thinking, and thumbs. We are, after all, the best species out there, right? So what does this have to do with the first sentence? Let me tell you: the first sentence is proof that our instinct isn’t gone. Everything’s a competition, right? Wow I beat that guy, now I have to take down that one. Except when we were apes, we could literally beat the crap out of another guy and call it nature and instinct. With evolution, we’ve also gained sarcasm and passive aggression. It’s hilarious and lethal. Since we are more civilized, we can’t just beat up whomever we want to anymore, we have to attack them in different ways. My thesis is: whoever can think of the most ways to attack another person without physically harming them is the most evolved. You’ve seen violent movies, you’ve read fictional high school books. “Brains over brawn,” they all say. In the end, the guy with the highest IQ wins the prize, gets the girl, triumphs over all instead of the one with the most muscle mass. Yes they are fiction. Yes those movies are designed to give ugly people hope. Yes I am aware that even in reality, the prettiest face usually wins. But you know, if someone is smart, they also usually have a great body. Smart people usually know that hard work is the only way you’re going to get anywhere in life. Actually, you know what, everyone knows this. I take that back: the good people are the ones who work hard for what they want. People who put in all their time and effort to reach their goals are who we all aspire to be and it doesn’t matter who you are, it just matters how much you’re willing to work. You’ve probably heard this story told a million different times in real life and in movies. Usually it starts with a montage of the main character practicing and working hard and then they get to the competition or race all nervous but hyped up and boom they win and everybody lives happily ever after. It actually works that way in real life. It might seem like only a little reward for working your hardest and trying your best, but doesn’t it feel good in the end, when you get what you want? I mean, it doesn’t feel as good if I get what I want but I didn’t do much to actually earn it. Those people are called adicts. They don’t do much, but they feel the rush. That can either be smoking, drinking, or drugs. Now those are the real lazy people. The question I want answered is: Is evolution a good thing? Thanks to Darwin, we now know that evolution is, in fact, not a theory but a proven process. We humans have seen it in action and actually helped other species speed up the process. The two most popular animals “created” by humans are cats and dogs. We actually turned predators into servants. It’s incredible. The reason why evolution would be a terrible thing is because even though nature gave us this gift, look at the consequences. We created global warming. We destroy nature every day. We cause mother nature’s other species to go extinct. We are at the top of the food chain. We create toys of war. We are the most brilliant outcome of mother nature, yet her to-be murderer. My opinion in this has no significance. The only side we can take is the one that the facts point us to. And that is where my role comes in: to present the facts. So I told you a little about how evolution will be the cause of the apocalypse, but what pros have resulted from the smartest animals on this planet? Most of the pros benefit only us and not anyone else (by anyone else I mean animals) so let me go through the list. First of all, we know the meaning of life. Well, sort of. We observe, we analyze, and we infer. What humans have observed is that every living creature, no matter how big or small, has one thing in common, one purpose in life: to be born, to reproduce, then to die. It’s the circle of life, the purpose of life actually.

Liked that moment?
Subscribe to Kurt and get their extensions as they publish them. 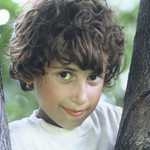 Herman and David Wade said thanks.