Life, The Universe, And Everything

Our society is complicated.

It was 9.4°C with few clouds. The breeze was gentle.

Hello. We are the humans. We are an ancient society inhabiting the planet of Earth. It is a habitable planet, with an adequate atmosphere and just the right amount of heat from our sun. We’ve been here for millions of years, and we’ve made this our home.

Lots of other creatures live here as well, but humans are the most plentiful: We are intelligent, socially interactive life forms that inhabit most of the planet. Some of us are careless about the environment, leaving fumes from non-renewable sources of fuel and promoting the ‘greenhouse effect’ and the melting of the polar ice caps (the north and south poles, farthest from the heat of our sun).

While we are responsible for this tragedy we are also fighting to prevent it. Our society is built in such a way that there are suffering humans and greedy humans. We are not equal. The planet is divided into sections called ‘states’, where humans live.

We humans often do respect each other, but we do not respect certain humans. It is common for a human to cause events that will cause others to dislike it. The world has different levels of power that deny some humans comfort.

Humans have to work for currency to exchange for services or goods. Many humans do not have much of this currency so living comfortably is hard.

The life of the humans is more complicated than the other species of the planet, because humans are more organized, intelligent, and interactive.

Humans have engineeered millions of items, to enhance the comfort, pleasure or happiness of the humans who buy it.

Humans have rules, or laws, that are enforced on other humans. Only humans with a high power are allowed to change, create, or remove laws. There are very harsh punishments for breaking laws.

We have 3 main methods of transit: Land, sea, and air. Our land is covered in roads that we may use land transportation to follow.

Sea travel is navigated in a boat, an object that floats on water and can navigate over sea.

We can travel by air using a glider or, most commonly, a propelled, enclosed glider called an airplane, or a plane.

Gliders create lift by using its specially shaped wings to glider through the air.

Airplanes can carry many humans, but most gliders can only carry one person. Gliders are often open and unpropelled, while planes are always enclosed and propelled by non-renewable fuel sources.

Humans also had other methods of transport, including trains, and other reasons they are distinguished from other creatures.

This is some of the life of the humans, but it’s not all of what the humans do, such as fishing, using the Internet, and more.

Liked that moment?
Subscribe to Logan and get their extensions as they publish them. 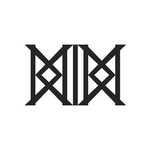 Kimberly and David Wade said thanks.

Goodbye everybody. I had a fun time here.

Other moments in Oregon City