It was 12°C with scattered clouds. The breeze was light.

This winter I found myself at the Harbin Ice Festival in northern China, near the border with Russian Siberia. It was a long trip there. I flew over the white vastness of Siberia in winter. For as far as I could see from 36,000 feet above, there was no evidence of human habitation. I arrived in the frozen city of Harbin. For the past several decades this city of winter deep freeze has erected ever-larger structures made of ice. Something to do in the winter darkness. Also to put it on the map. They try to outdo themselves each year. The tallest structure this year must be 30 m (90 feet). And braided inside each ice structure are multi-colored lights that glow in the early dark nights. Like a cold Burning Man, it’s primarily a night city. But unlike Burning Man it is all spectacle and spectators, since the creation of these ice skyscrapers is heavy duty construction, done with cranes and engineers. Also, there is no nudity — the temperature during the day I was there was minus 26 C. To be honest, it was so bitterly cold that the spectacle was hard to enjoy for long. I kept retreating into ice tea rooms. But despite the unexpected hardships of getting there (no hotel rooms available, remote site from the city) I had to swoon over the candy-colored town and its poptomistic over-the-top saturation, a style the Chinese love (think Temple Style). Come spring it will all melt and another version built again. If they left the lights on while it melted, that may be something to see.﻿ 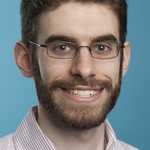 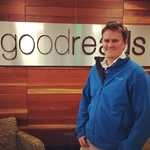 Deb, erin, Greg, Otis and 4 others said thanks.