That’s a dog poo. I think the caption thing might be hiding it, but it’s a dog poo in the middle of a kitchen floor. I love my friend Kojiro deeply. He’s a difficult prospect, and many find him hard to deal with, but since we first met when I was an exchange student on a year in Tokyo and he was a recovering bad boy of dubious provenance, we have always got along famously. He’s spent Christmas with my family on multiple occasions, and we’ve shared good times and bad, but I’ve finally found his blind spot, and his blind spot is his dog. This part French bulldog, part handbag puppy hasn’t so much entered his life as smashed into it face-first and taken it over entirely, to the point where his already rough-around-the-edges home has become a plastic-coated shrine to this animal, and to its various delightful emissions. Coming from a world where dogs are trained to do their business outside, I was not prepared for the wetness that greeted my foot when I went for a midnight trip to the toilet after a fairly drink-heavy first night back in town. Merry as I was, I hadn’t taken much notice of my surroundings when we’d stumbled through the front door and headed to our beds, so when I groped for a midnight light switch, the sight of a large tissue-paper pad on the floor with a yellowish and slowly spreading pool adorning its centre came as a bit of a surprise. I have since learned that this is a ‘dog sheet’, and that these are placed around the house of the doting animal owner in order to give their darling pooch a place to drop its load whensoever it may choose. Ten days, and a good few attempts to suggest that this might be a wildly unsavoury practice later, this defiant log is evidence that no matter what I think, this is what’s happening in the life of one of my oldest friends, and there’s very little I can do about it except watch my step. I asked him if I was allowed to piss on them. He said no. 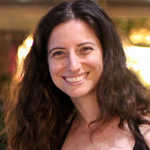 Cassie, Lia, Sean, Mark and 5 others said thanks.