It was 1°C with few clouds. The breeze was gentle.

A friend of mine in Kolkata runs a fashion design company. She comes from an upper-class family, and as such has access to the resources required to start such a venture without too much trouble.

Thankfully, she’s good to the people who work for her; many business owners in the area aren’t so generous, and employees typically don’t have any way out if they find themselves working under a petty tyrant.

Rather than making extensive use of machinery and systems like you’d find elsewhere, in Kolkata you often just hire a bunch of people and have them hand-make each and every piece you put on the shelves. While mechanization is cheaper in the first world, in the developing world it tends to be far cheaper to just hire laborers; the cost of purchasing and maintaining the requisite machinery is that much more expensive than taking on a few dozen employees who will stitch, embroider, and finish each piece as you need it.

I wrote a book covering a year of my travels called ‘Iceland India Interstate,’ and in it there’s a chapter about how little a human life is worth in a place like Kolkata. It’s not that the people there are any different than someone living in the United States, but since there are SO MANY people, more often than not individuals are reduced to their value as cogs. And not big, important, valuable cogs; tiny, replaceable, cheap-to-buy cogs.

Many of the jobs in the area seem to exist solely to provide employment, which the politicians can claim as victories when they’re up for reelection. As a result, the work being done is fairly valueless, and may even be harmful in the long-term. The building I was living in while there, for example, was repainted several times in the span of just five months. They could have painted it once, using decent-quality materials that would last a decade, but instead they opted to use the shoddiest paint, which stained and wore off after only a few weeks, and gave them the opportunity to hire a new batch of painters more frequently.

It’s a seat-filling, job-creating brand of capitalism that is harmful to the environment and culture, because it creates a city and products that are always on the brink of breaking down, and devalues a person to a near-skill-less laborer, good for nothing beyond applying another worthless coat of paint to a dilapidated structure (metaphorically, and sometimes literally).

The really sad thing is that India is a country with such potential and so many truly intelligent, talented, friendly people. There are always going to be those who take advantage of such brittle circumstances, but most of the people I met just wanted to climb a little higher up the social totem so that their kids might be able to attend university, become educated in a way they could never afford to, and then get the hell out of the country. Someplace where the politicians aren’t (again, literally and metaphorically) building statues to themselves while their citizens starve on the street. A place where reality doesn’t dictate that they hire themselves out as cogs, when they have the potential to be so much more.

A place where people aren’t stand-ins for machines; required to be just as cold and unthinking, despite the intelligence in their eyes and the words held back behind pursed lips. 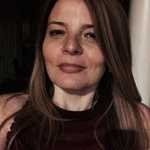 Amal, Cassie, Paul, David Wade and 3 others said thanks.

Other moments in Kolkata