Nicotine withdrawal is so real

It was 9°C with broken clouds. The wind was calm.

There is not one inch of my body that doesn’t want a cigarette right now. There are chunks of time every day - they seem long when I’m experiencing them but are probably just moments among so many - that I spend thinking about how bad I want a cigarette. When I’m in public spaces I know every single smoker within a mile radius. The smell is deep in my clothes even after having been through the wash several times.

A while ago I got a prescription for that nicotine gum - which I had refused to do for so long because it meant acknowledging that I was addicted - and it just isn’t cutting it. See, with the gum you can’t wait for a craving to chew it, you have to time yourself and keep a low but steady flow of nicotine in your blood so the craving doesn’t creep up in the first place.

Physiologically, the most intense change I’ve been going through is a wicked sugar binge. It’s something about nicotine releasing stored blood sugar into your system and thus your body stops releasing it naturally. This evening after resolving that I wouldn’t smoke, the next thing I reached for was ice cream, sour patch kids, three bowls of cereal, and chocolate. Yeah, that was my dinner.

On a positive note, I ran ten miles a few days ago. Partly to mitigate this new diet I’m apparently on but also because I wasn’t out of breath like I otherwise would have been, and that’s usually what decides how long of a run I take.

Two weeks down, going on the rest of my life. Here we go.

Liked that moment?
Subscribe to Rebel and get their extensions as they publish them. 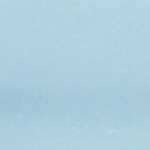 i wish i could rap

Other moments in Champion