The Waterfall of Light

This is actually a rarely taken scene from a hugely popular location - Bromo Tengger Semeru National Park in Indonesia, containing Mount Bromo, a currently active volcano. Sometimes, where there is a violent volcanic eruption, the ground left can collapse, leaving a massive crater knows as a caldera. In this particular one, the Tengger Caldera, it also left five smaller volcanoes in the middle of it; Mount Bromo being the most popular of these.

The land inside the caldera is mostly barren landscape, known as The Sea of Sand, the edges of which can rise up to 600 metres. It was on one of these high edges that I saw this wonderful scene.

Everyone was busy snapping away at the sunrise hitting Mount Bromo (and the other volcanoes) in the middle, whereas I had turned my back to see what was happening behind us.

The low, rising sun was streaming across this tree-filled plain on the lush ground surrounding the caldera. That, coupled with the low-lying clouds in the basin meant that the beams of light from between the trees became very prominent.

At the time when I took this shot, I knew I’d like it, but I wasn’t too sure how to process it. I tried black and white first and bingo, that was the one. This is pretty much straight out of camera with just some monochroming, slight denoising, slight selective sharpening and some contrast work.

I think this shot is a love it or hate it shot, but I hope you love it as I do! 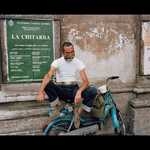 Sanna, John, Greg, Adrian and 10 others said thanks.

Other moments in Tosari