We’re an interesting mix of people here — always coming and going. Nobody talks to each other until 5 PM, when it’s time for the nightly game of volleyball. Then we’re all pals and slapping each other on the back and “Good Game”-ing while we shake sand from our swim suits before crawling into the ocean to wash off before dinner. No speaking at dinner, though, except the nice American-German couple, who sample my wine before they order the marlin, and the two high-school aged Germans who sometimes hang around and are kind of in love with me, or so says D.

“They are totally in love with you,” was what he said, exactly.

When it’s time to play, the staff and our hosts rotate positions between the two teams. It’s weird, then, that they insist on behaving with amused indifference throughout the dinner service. “Remember?” I want to say. “You spiked and I spiked and then we bonked into each other from opposite sides of the net?” “It was great,” I want to say. But they quietly set down the wine or the chicken or the eggs and shuffle politely back into the kitchen.

I don’t like that so much, the pretending not to know each other when we are clearly, totally best friends at this point.

Who else is here?

Lots of blonde babies. Other than that, mostly couples. One solitary hippie girl with brown hair and a braid who I wasn’t even sure spoke English, that’s how quiet she was, but then I surprised her on the deck one morning, super early, when she was talking to a Dane about portrait photography. (His idea for subject matter, not hers.) There’s a white-blonde Icelandic couple who could be 15-year-old twins. They are both very athletic and the girl throws me epic shade. The boy, though, wears a backwards yellow cap that says “BOY,” and once quietly said “Hállo” to me as I was trekking up the mountain to my bungalow.

There’s a pair of boys who speak perfect, accentless English to the staff, but then another language entirely to each other. It sounds made up, what they’re saying, with consonants bobbing along indiscriminately like waves viewed from the window of an airplane. I can’t tell if they are gay or not. I watch to see who they watch, but they are vigilant — looking only at each other.

Sometimes I think it would be nice to be even more alone, although my first few nights took some psychological adjustment, and I awoke in startled fits every hour, on the hour, sweating and illogically panicked. Where is the nearest hospital?! What if my heart stops?! My brain screamed. (A little bit later, I realized it was a fever speaking.)

The next day, though, everything was back to normal. Cups of coffee in the morning and fruit bowls made mostly of watermelon. The lonesome British girl did not speak to me, and neither did the two boys with the imaginary language.

Why do people come here, alone, and insist on not being bothered? Go figure. People come and go, just when you’re getting used to them. Today will be another round of leavers, very few comers. 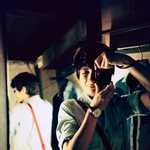 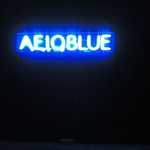 Mona, Paul, Vivien, Paul and 13 others said thanks.

Other moments in Ko Siboya