Every place has its own gate, and for Tokyo it’s this: a tree-like cafe in Shimokitazawa with spiced rum chai, walls of books, and a mouth harp player whose nickname is “Love”. It’s through here that I really enter Japan, my first night wandering alone while waiting for DB’s flight to land from New York.

This trip is the first return here, for both us. The week has been so dense with experience that here, today, now, sitting apres-onsen in a temple lodge on tall wild Mount Koyasan, is the first moment I’ve had to catch my breath, and write more than the short triggering notes I’ve jotted on my phone.

I can tell you that five days into Japan, travel has already become a metaphor for everything. “My mind is a strange city”—one of those notes, copied from a hostel in Osaka—and I’m just getting to know the neighborhoods.

We talk about relationships a dim red second-floor bar that serves hemp beer and holds at most six people, whose owner wants to take our picture before we go, and instead of “cheese” he calls out “Internet Explorer!” “Mozilla Firefox!” “Opera!”

We strike a vein of African expats in Osaka and stay out dancing, two nights in a row, till four in the morning, going back to the hostel only after stopping for ramen at a place with single-person booths like in a college library. Where a pair of hands will raise a bamboo curtain covering a small hole in the woodwork and set in front of you a pair of steaming hot noodles.

We walk among the deer in Nara. My god, the deer. The deer that sometimes when they make eye contact with you, bow, in hopes you’ll give them food.

“Do you think they learned to bow from the Japanese? Or …”

DB finishes the thought: “Or did the Japanese learn to bow from the deer?”

Each of these moments deserves its own letter. But it’s the first night that still seems the most prescient. When you reach a crucial gate, a person there will hand you a key—a talisman. Something to assist travel and ensure safe passage.

“Someone brought these in recently,” Mai, the woman running the cafe says as she offers me one. “They’re a special cookie for …” but she can’t find the English word. Neither can Love or Ken, the other regular huddled around the small circular table. The cookies Mai holds out are long, scroll-like wafers, with the elusive word printed on them vertically in traditional kanji.

Then, Mai: “It’s when somebody walks a long way. Goes from one temple to another temple—” 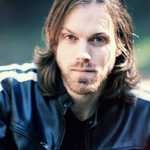 Other moments in Setagaya-ku