Waiting for the bus has its merits

I had to wait about 45 minutes for my bus to arrive at my station. Not that I’m complaining; there aren’t many times that I have nowhere to be by a certain time, and when I do, I relish it. This was one of those nights.

I watched as about 4 other buses came and went, each on their own time. There was one waiting when I first got there; a 66 bus, I believe. It soon left and was replaced by another of its kind, which hung around for about 20 minutes. A few others followed each other dutifully in and out, like a scouting squad that’s split up to cover each others tracks. My bus was still apparently AWOL. Again, which wasn’t a problem to me.

The bus stop is the best place to encounter other people, of all kinds. If you’re not trying to, you’re still going to wind up watching some interactions that you were not planning on being even a passive part in. And in these interactions, you start to learn, maybe, that the people having them don’t tend to typically care who else might tag along in their experiences.

A lady yelling into her phone, clearly upset. A police officer stopping the bus as it’s taking off, lights ablaze. I was about 30 feet away, but the most I could make out of the conversation made it seem as though the officer was looking for directions to a nearby theater (my hearing might not be the most precise). The way people stand; enter. Body language, you see, speaks volumes that voices never utter.

People watching is something I’ve never been particularly comfortable with. I’ve not found value enough to participate in that sport which, way back, my middle school history teacher used to tell us to try. But, maybe, if you aren’t on your way to the next checkpoint of your life, and the people whose lives you’re temporarily joining don’t mind, maybe it’s worth a shot. Besides - no one is watching you.

Liked that moment?
Subscribe to Joe and get their extensions as they publish them. 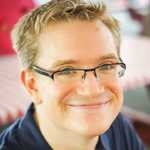 Other moments in Cambridge