& so the drawn out process of applications and CVs begins...

It was 7°C with few clouds. The breeze was light.

The decision to make oneself unemployed in a time when a lot of people are losing their jobs through redundancy may not have been the brightest idea I’ve ever had. However, I knew that after the years I had spent at my last place of employment a change needed to be made and soon for fear that I would have settled into a life that I didn’t want.

Nearly a month has passed since I left, which is a bit scary to consider how fast time passes you by. I haven’t been lazy though. The past three weeks have been taken up with a lot of activity. A trip away, applications for jobs, some work here and there but nothing solid. So today is the day I really need to make an effort to find just that. However sitting here staring at the vacancies pages of newspapers and the arts council my heart is already sinking. It feels like maybe I won’t make it and the notion that there are a thousand more qualified people out there than me is running through my brain.

So as a means to shake me out of this I am going to act on a tip my friend gave me when they were feeling sad and a bit lost. Take yourself away and give yourself a time limit to be sad for. In this case 5 minutes. Stomp around like a child if you have to. If you’d like to lay on the floor flailing your arms and legs like a toddler go for it but remember once that 5 minutes is up it’s back to business.

Well I don’t think I really have the energy for flailing at the moment and maybe it won’t make me feel better. So instead I’m going to put some music on. Jump around for 5 minutes and then it will be back to business…perhaps after a cup of tea though! 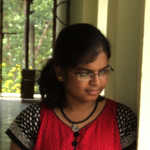 Siva Shakthi, Adrian, Paul, Chris and 2 others said thanks.