In the future, all the good guys are white

It was 11°C with few clouds. The wind was calm.

I love cheesy sci-fi. As long as there are a couple of cool gadgets and interesting monsters I’ll forgive almost anything - a flawed storyline, blue aliens, terrible special effects, a bad script and wildly abused scientific or pseudo scientific terminology. The one thing I can’t stand (in any movie going experience, actually) are tired race or gender based stereotypes. Riddick, the latest installment in the Pitch Dark and Chronicles of Riddick series has both in abundance. In fact, both are used so frequently and so extremely that no amount of I just want to enjoy the cool monster-aliens and Riddick’s general bad-assery was enough to make me stop wondering if the script writers were blissfully unaware idiots or secretly creating a parody.

I figured I’d watch this latest installment because despite his terrible luck and bad life choices Riddick is kind of a cool character. He’s comic-book tough and literally never gives up. Even when a more rational person, having found themselves mortally wounded and surrounded by an endless horde of nightmarishly large scorpion-alien things would give into despair, Riddick fights on. You see fear flicker in his eyes, even sorrow, but never defeat.

Which is kind of a shame, because the movie, despite having a cool lead, sucks.

The problems start when Riddick encounters other people. Two groups arrive on the planet after he has been there for sometime. One group is lead by a bearded guy with an accent who swears in Spanish and yells more than he talks. His leadership and general decision making skills are so bad one wonders how he managed to assemble a crew and fly a star ship in the first place. His group is mainly comprised of black or hispanic men save for one scrawny white kid who prays at inopportune moments. The second group is comprised entirely of white people. They have nicer uniforms, seem to shower more and are organized. The Spanish-led crew immediately differentiates themselves as evil and kind of stupid by randomly killing a black woman they had on board. The woman (held captive for reasons we don’t understand, but evidently given lots of eye liner during her captivity, because she has very smoky eyes) is released and told to run away only to be shot just as she runs by Riddick. Her death makes him angry, which makes his subsequent murdering rampage seem less maniacal.

The problems here are numerous. First, it’s the future, but the hispanic and black characters talk and act as though they just came out of an American ghetto yesterday. Second, aside from the captive woman who was basically given a thirty second slot to act as a plot device, there is only one other woman of note in the movie. This woman is part of the “good” team and even though she self-identifies as a lesbian starts to have the hots for Riddick almost as soon as she meets him because, apparently all a lesbian really needs is an exceptionally manly man to make her rethink her lesbian ways.

Also - yes, you guessed it. All the non-white characters die. In fact, everyone on the “evil” team dies except for the scrawny white kid who, aside from his insane leader, is definitely the least competent member of his team.

I don’t mind slightly stupid movies. In fact, I think I have a soft spot for them but I really dislike movies which perpetuate negative gender and racial stereotypes by insidiously building them into the plot. There’s obviously nothing good about overt sexism or racism either, but at least those get noticed, doing it this way often means, unfortunately, that stereotypes are consumed thoughtlessly and begin to inform, without our consent, what we think is natural, right or expected in the world. 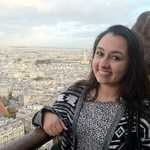 Bridgett, Vivien, Amal, David Wade and 5 others said thanks.