This morning God turned on one of his better sunrises. Glorious.

Of course, as an atheist I’m not supposed to use the word God, apparently because I don’t believe in Him. I find this kind of religion talk quite puzzling. Exclusionary! . . . for reasons I don’t understand. As near as I can tell, I am excluded because I don’t choose to anthropomorphize the universe. Because I don’t refer to the great and mysterious forces of nature by the use of a personal pronoun, indeed the masculine form of that pronoun. In our world God is decidedly not a “she”.

When I look each morning, as I meditate, at the rising sun, the very last thing I am likely to visualize is a being, albeit a supreme being, sitting on his throne. To be honest, the notion seems to me close to blasphemy. ‘God on his throne’ is a decidedly inadequate metaphor for the omnipresent, omniscient, universe. God may be part human, but then surely also part bear, part leaf, part sparrow, part sun.

OK, then. I need another word for what has been called “the creator and ruler of the universe and source of all moral authority; the supreme being.” A word that doesn’t magnify the role of humans.

I choose glory, which was used in Biblical writing to translate a Hebrew word which had a sense of “brightness, splendor, magnificence, majesty of outward appearance.” Yes, the sunrise this morning was glorious. And I believe in it. 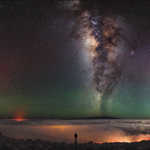 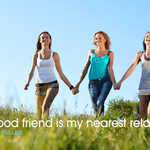 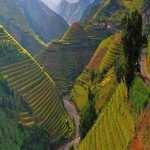 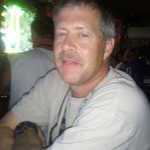 Matthieu, Samuel, Peter, Joi and 5 others said thanks.