The few days I was here I became convinced this beached ship must be named Europa. Tucked into the armpit of conflict I saw a rudderless boat loaded with Syrian refugees left to run aground by, depending on where you want to get to, people traffickers, or the travel agents to freedom.

In fact the Demetrios II ended up here fourteen years ago, on its way to Syria with a cargo of timber. The eight crew members - 4 Greeks, 2 Pakistanis and 2 Syrians were rescued by a British military helicopter. Lloyd’s List later confirmed that the competency certificates for the Greek Captain and the Pakistani first officer were forgeries.

This photograph is one of photo-omens I took before concluding a long-standing, difficult piece of business here: this rusting hulk, flowers growing out of stone, a smashed tangle of iron and concrete, a black cat.

Demetrios derives from follower of Demeter, goddess of the harvest who presided over grains and the fertility of the earth. A derivation of Demetrios is Dmitri. Before the crash it was difficult to tell whether the Russians were harvesting Cyprus or the Cypriot banks were harvesting the oligarchs.

After the crash, in order to pay the oligarchs in Russia and the bankers and speculators in northern Europe, the Cypriot banks harvested their depositors. People who did not enjoy the remote luxury of indignation we tax payers feel when our governments bail out the banks, their banks just used the money of depositors to save themselves - the innocuous sounding haircut actually meant one day families had money, the next day their bank had simply handing it over to someone else to save their own skin.

And nothing is ever entirely economic, the rumble you don’t hear this end of the island is Typhoons and Tornados taking off towards Iraq and maybe Syria, the un-news reported daily on the MOD website in language that hovers between shock and awe, bobby on the beat, and something from an investment prospectus: Tornados, Brimstone, Paveways, Reapers on patrol, investigating, observing, backing up, setting the next wave of inland people adrift on a sea journey to Europa. 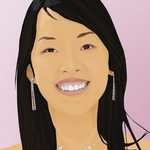 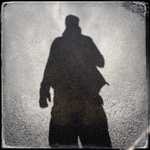 Marcus, David Wade, June, Porter and 3 others said thanks.

Other moments in Paphos