one of the many ways of looking at Los Angeles

“The mandate of Los Angeles is that doing stuff takes movement, and in the distance between every two points on this city’s map there are a thousand books written in the raw space; in the process of movement here there’s no way not to be a witness. And witnessing this, here, is unlike being a witness anywhere else in the world.” — DH

Just three months ago, I found myself in Santa Monica with nearly fifty strangers on a foggy Saturday morning. We’d all signed up to learn Ruby on Rails — whatever that meant. Even after eight hours of learning that day, I still couldn’t quite explain what a Ruby or a Rails was. But that wasn’t the best lesson I’d learn that day anyway.

The biggest lesson I learned of that day was that there were so, so many people out there - in Los Angeles - that wanted to learn how to take our ideas and make things. And so many people who would take time out of their weekend to teach us how. We wanted to all make things better, move things, change things for good.

A few weeks later, I would decide to take the plunge into programming. I wasn’t sure how but — I’d just decided the why and that was enough. It would stretch my brain’s comfort zone, and widen my neighborhood here in Los Angeles.

I’d bike ten miles into three city jurisdictions just to check out a programming book. I’d rush to the cafe every Thursday to stake out some tables and outlets so my new-found friends and I could do coding exercises together. I’d venture into Caltech for a weekly book club and just let all these ideas I didn’t quite understand simmer in my brain. I’d be reading that book at an outdoor cafe and get stopped by a passerby, who also loves Ruby. Or I’ll be on the fortieth floor in one of the tallest skyscrapers, overlooking the city and community that made it all possible.

They say L.A. is vapid. L.A. has no center, no community spirit, no tech scene, no way to meet new people — we’ve heard it all.

But for me, I know that I wouldn’t be here, now without the community I found. Get out of your cars and comfort zones, L.A. You’ll never know where it can take you.

Liked that moment?
Subscribe to Machiko and get their extensions as they publish them. 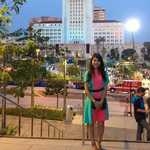 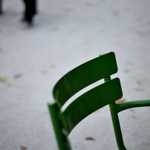 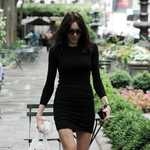 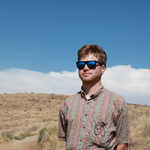 Maria, Carla, Pamela, Craig and 2 others said thanks.

18 Ways of Seeing Nature across the Pacific

Other moments in Los Angeles