Anno 1840s: View from the Window  —  The Birth of Photography

The Evolution of the Photographic Posture: Part One

Many centuries ago alchemists and painters already knew about the unique optical qualities of camera obscura, curved mirrors and lenses. In his book “Secret Knowledge: Rediscovering the Lost Techniques of the Old Masters” English painter David Hockney proofed how those during the beginning of the Renaissance in secrecy hold optical devices had massively influenced the art of painting all over Europe. Moreover, German polymath Johann Heinrich Schulze found out about light sensitivity of certain silver salts and therefore laid the foundation for further investigation into the field which would later to be known as photography.

But two centuries later scientists and inventors were still working hard to find a fast, practicable solution of the big question, How to fix the projected image permanently on a ground without the need of tracing it by hand — like Italian artist Caravaggio did masterfully in his paintings? …

Individuals like Thomas Wedgwood, Joseph Nicéphore Nièpce, Louis Daguerre and William Fox Talbot unveiled step by step different parts of the photographic puzzle which eventually resulted in the first workable way of fixing light on a chemical adapted plate as well as an easy way to multiply it.

Finally, in 1826 the first to be considered photograph — “La cour du domaine du Gras” (View from the Window at Le Gras) by Joseph Nicéphore Nièpce — was made. So far it is the oldest surviving camera photograph we know. 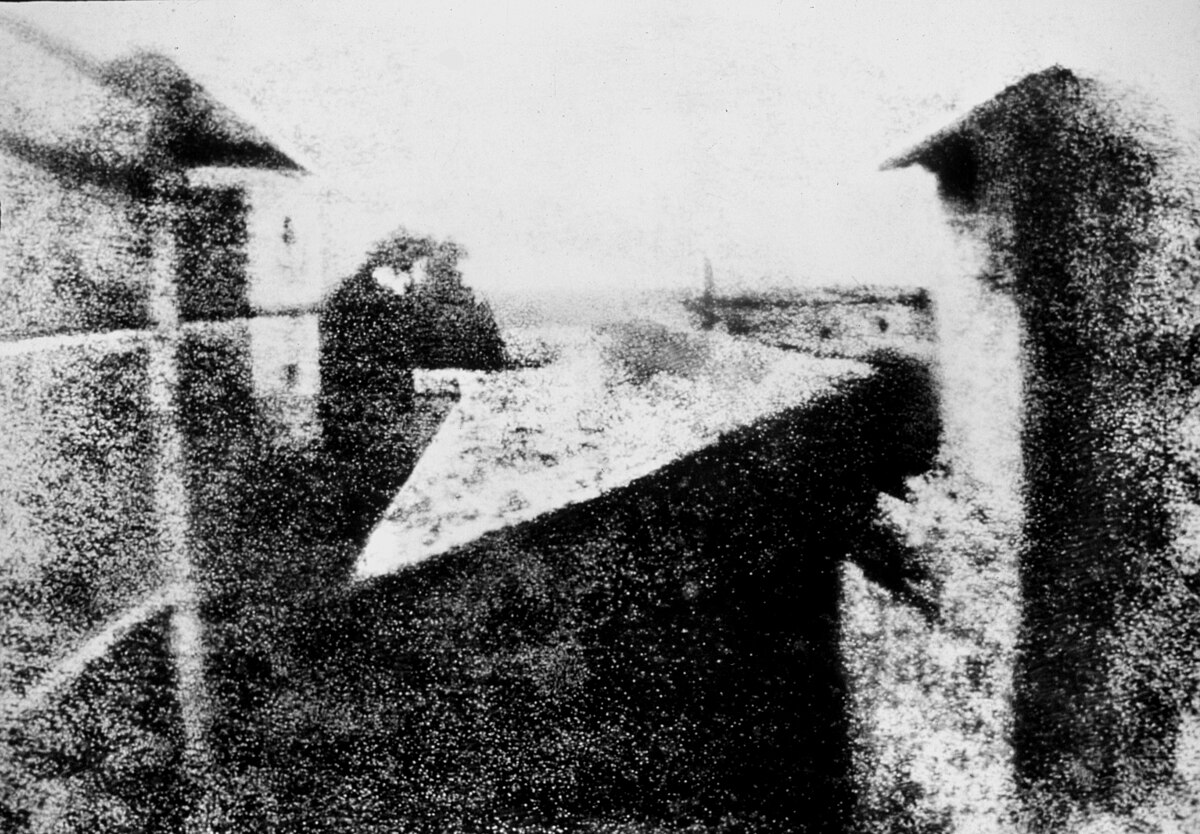 “View from the Window at Le Gras” by Joseph Nicéphore Niépce)

In the 1840-’50s, after further dramatic improvements over the photographic process (like shortening length of exposure time, invention of precise shutters, better optical quality of lenses, etc.), the refined view camera made its way all around the globe. Despite the fact of it’s heaviness and bulkiness nevertheless it was moveable by horse or men. Those days photographers had to hump their backs, stretch and put out their bodies to meet the requirements of their technical equipment. An upper body leaning over is belike the most representative photographic posture of that time.

Meanwhile masterpieces from photographers like Ansel Adams or August Sander started to shape our visual and collective understanding of the world. With it’s interchangeable optics, flexible bellow, moveable lens and film plane the view camera is still in use by professional photographers up to this present day. Its highly precise adjustable settings and superb image quality makes it for many the preferred choice for architecture, product, landscape or fine art photography. German visual artist Andreas Gursky for instance uses a large-format camera made by Linhof for his digital compositions. In 2011 his photograph “Rhein II” was auctioned for $ 4.3 million — so far the highest price ever paid for a single photograph. 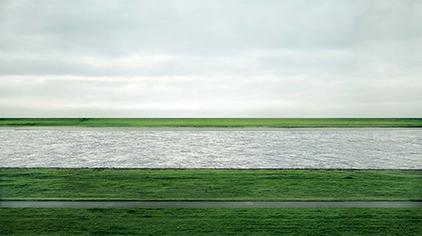 “Rhein II by Andreas Gursky”. Licensed under Fair use via Wikipedia.