I visited my little sister and her husband, recently; they’re a couple who met through their shared enthusiasm for games.

I was a gamer myself, when I was younger, but haven’t kept up with the scene (my last console was a Sega Dreamcast), though I appreciate the creativity and technology and great minds involved in the field. I’m a fan, if not a player or aficionado. I admire the new world of gaming, but generally from arm’s length.

Sit me down for a board game, though, and I’ll take to it with gusto.

There’s something about the combination of strategy and socialization inherent with such undertakings that really kicks my “we’re having fun”-receptors into high-gear, and a movement (spurred, I theorize, by the popularity of games like Settlers of Catan outside its home country of Germany) that’s coming of age right now is providing a seemingly endless stream of new, innovative offerings to folks like me — folks who can’t wait to flip some cards, roll some dice, and shuttle some plastic figurines through a cardboard world.

I played a game called ‘Zombicide’ on this most recent visit, and I couldn’t help but think about how the world of video games has informed the craft of board game development. It’s a collaborative game, so rather than playing against each other, you work collaboratively against a non-entity ‘other,’ whose moves are defined by action cards and dice rolls. It’s like a computer AI made tangible, built of pulls from a tall deck of cards and the sum of the dots on thrown dice, rather than a matrix of numbers called with a mouse click.

The industry has bloomed in some interesting directions, as well.

Spurred by online platforms like Kickstarter, and business models borrowed from the video game world (and many other industries before that), board game creators will often create standard versions of a game, then release lower-cost expansions over time. These add-ons augment the original game with new scenarios, options, characters, or just a taller deck of cards (see: Cards Against Humanity). The entrepreneur in me admires the business model behind this approach. The kid in me just loves playing the games.

Whether I’m killing zombies with friends or doing my best to out-funny them with a carefully selected, Helvetica-covered card, these real world, honest-to-god-physical board games never fail to bring a smile to my face.

Now if they would only make travel-sized versions, for those of us without storage space. 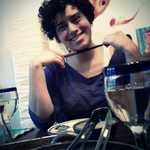