I walked up the stairs rather than taking the lift to make my contribution to the National Association for Writers in Education debate. The brief was to be provocative, that was easy, I had some hard truths to get off my chest about creative writing MAs. I suppose I have a bit of a reputation for saying things how I see them and that isn’t always comfortable, but as I saw this sign I wondered why I had chosen to say them to a room full of people who teach creative writing MAs. I thought of Mario Balotelli and that T-shirt, Why always me?

For those of you who are interested in these things, this is what I said …

There are two things I must make clear.

This is not a contribution to the can you teach creative writing? debate: I obviously believe that you can develop writers, their technique, all the writer’s ancillary skills, life skills, a human way of being in the world.

I also believe that everybody has a right to explore and express themselves through writing, it is an individual act of empowerment validated both by the act itself and the contact it makes with the reader or listener or watcher whether that is an audience or one, a few dozen, a couple of hundred, many millions. I spent twenty years of my professional life making the spaces for teachers, prisoners, factory workers, librarians, medical professionals, patients, house wives, house husbands, community groups and off the scale individualists to do that.

But I am speaking now from a different point of view, as director of The Writing Squad, a writer development programme which is not about access, it is elitist. We only work with the best writers we can find.

I should perhaps also say that this is probably not the best place to say the things I am about to say, you are the good guys, you have given up your weekend to be here, you are committed to improving your practice and seek out innovation, it is not about you, but you may recognise the some of the things I will describe. All I want to do is ask some questions, and I do want us to try and come up with some answers that aren’t just its is the administrators’ fault, the educational climate’s fault, the government’s fault. I am aware of the pressures academics are under, especially around recruitment and numbers, but I am still interested in finding answers about what we can do.

The Writing Squad has always received applications from people on creative courses and MAs, and there are always some we don’t select, their writing is not as exciting, interesting or special as other writers who have applied, or they don’t express what they want from the Squad, or what they want is not what we provide.

This year what horrified us was the number of people paying to do MAs, applying to the Squad who simply had no … well put simply, if they had been applying to pilot school they would have failed the aptitude test, if they were applying for a physics MA they would be asked to go and get some science o-levels.

The experience led me to do a bit more informal research among people who were on or who had done creative writing MAs.

While almost all commented on their value, especially the way doing the MA validated them taking their writing seriously, for themselves, their families, friends, colleagues, and imposed a discipline they sometimes struggled to find in the normal course of their lives, there were common complaints I was alarmed to hear from people on courses they had found the cost of a small car or increased their debt burden to invest in.

I won’t dwell on the complaints, some of which pertain to recruitment, some to delivery, as I said you’ll probably recognise them, and I want us to find answers not rehearse problems.

And it is important to add here, that these were not from people attending mainly sporting FE colleges on the outskirts of small towns in their second year of offering creative writing, they included people on courses with good reputations.

You may say well we always get moans about that, they’re writers after all, moaning is part of the professional skillset. Moans about,

the pathways into the profession promised in the prospectus being little more than how to write to an agent, and a few visiting speakers ‘from the industry’

an apparent disconnect between the academy and local, regional and international literature activity

tutors who don’t turn up or send stand ins because they are away doing a reading/lecture/residency whatever… (and I am not just talking about the star writer Martin Amis thing).

I was amazed how many times people said, Well the course wasn’t any good but there was this one tutor, and usually that tutor is not their tutor but someone delivering a module, then they say, I learned more from them than the rest of the course put together.

All this takes me back to when NAWE was the Northern Association of Writers in Education in the late eighties/early nineties. As more and more writers were getting interested in working in education, one of early NAWE’s main concerns was how to help schools make decisions - basically, how did they distinguish between the good practitioners and the opportunists, how did they choose between those committed to developing the creative writing of young people, and those who would much rather be writing themselves and did schools work only to pay the mortgage.

Now, as more and more educational institutions are getting interested in writing, and as someone who is often asked is it worth doing an Creative Writing MA, then inevitably gets asked where, I wonder if there isn’t something similar needed now to help us, help them make choices.

between the institutions committed to being academies, conservatoires, elite programmes for serious writers and those who throw up the same sort of mix you’d get on a regular open course or a writing retreat somewhere sunny

between those tutors committed to developing the talents of writers beyond their own, and those who would much rather be writing themselves and do teaching work only to pay the mortgage.

What mechanisms are there in place beyond the prospectus for people to test drive courses, to experience teaching, tutoring and mentoring before making their decisions and handing over their investment?

What information is available beyond gossip to choose tutors, and then once on the course to make changes and choices between tutors?

How do we incorporate the writer’s own ambition and developmental needs - balance individual and modular learning?

How do we incorporate those areas and genres where it the student or young writer themselves who are leading the development of the form, who are playing writing games on pitches we don’t recognise with rules we don’t understand?

As I said earlier, this is obviously not about you, and it has taken more than my usual level of stupidity and arrogance to come into this room and raise these issues with you, but I believe we have to address them if both the specific and general value of creative writing courses is not to be lost, and if we are to wrest the debate the broadsheets, and sadly some writers, seem determined to continue from the narrow and obsolete question of whether you can teach, or are born writing. 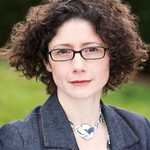 Shu and Alex said thanks.

Other moments in Bristol