Reflections, a trick of the light, zooming...

It was 10°C with few clouds. The wind was calm.

Today is the Friday known as Good Friday to the believers of Christianity, a solemn day. To me, more particularly, I am thinking back on the extraordinary works of Gabriel García Márquez in the news of his death yesterday after a long illness. I don’t think of this as sad news, but as the perfect moment to reflect upon the triumphant brilliance of a writer who taught us to see the heart of history within the magical fables that surround our everyday lives.

I’m from New Orleans we take leave our buried with a second line, a procession from the solemnity of the grave to the street parade of a joyful life given as this gift we share. The second line always takes a turn from the mournful to the dancing celebration when the band plays “I’ll Fly Away” and we let the sorrows free. Simply click on the underlined link before, and my New Orleans people will show you how it’s done, and surely on this solemn day we must offer Gabriel García Márquez such a beautiful second line….

There are other writerly moments this day: in speaking of New Orleans there is the Beatitude of Bob Kaufman, born in The Crescent City today, April 18, who sang his poems of the era from sea to shining sea of coffeehouses and dingy jazz palaces who burned with their incandescent minds in the Beat Era of Kerouac, Ferlinghetti, Ginsberg et al yet it was Bob Kaufman who laid out their Beatitudes in print while so often refusing to spill the ink upon his own verses to capture the fleeting butterflies of his strong bebop heart, and thus today, on the Beatitude of his birthdate, the shadows grow over his memory humbly inviting lichens to parse the silence of his words Bob Kaufman kept in the wake of President Kennedy’s assassination, which this poet maintained until the end of the Vietnam War.

I am but a silver tongued Dadaist at heart, talkative & inquisitive & digging thru the rubble of this hurtling rock we call Earth for the shiny, forgotten thing. So while I admire Bob Kaufman, and like him I spent much of my feckless youth saying or singing or proclaiming poetry without writing it down bcuz….I admire the highly improbable art project conceived by Richard Brautigan that glum holiday season of 1964 which leaked into 390 photographs of dead Christmas trees.

It’s important to note that Gabriel García Márquez also vowed to be silent when Gen. Pinochet led the coup to topple Salvador Allende, but after the years rolled on lasting an unbelievable 17 years that the Earth circled the Sun without so much as a speck of justice, during that time Márquez decided to speak & write as his silence amounted to acquiescence to the censorship of himself, while Evil planted a garden of terror in Chile.

Thus to fight back against silence, I offer these words of praise. To urge you to listen the the frayed poems clinging to The Rock of Eternity left behind by Bob Kaufman, and to imagine your voices gathering, like lichens clinging to the sunshine that won’t let go of what lives we honor upon this Rock of Eternity, we learn to sing our share of the world however you may dream… A lichen is nobody’s idea of glory, but we aren’t interested in glory here, just the persistence of the memory of love for the good fight for language that isn’t swept away by the ceaseless Seas of Time….

We are supposed to mourn the mighty with tears, for the sacrifices each hero made to give us their singular gift, but I beseech you to remember the joy, the magnificence, the myriad ways that Gabriel García Márquez took his village in Columbia, with the heat of his memory undulating in waves beneath the telescope of his language, as the roots of the Unforgotten by writing his people, from generals to paupers and Everyone in between, and their fantastic tales we read into the stars as our myths in which we need only open a book, ah Love in a Time of Cholera might be my favorite, but why choose just one! When Gabo gave us his universe in between his pages, tears, his sweat, and joys.

Let’s have a second line, for the writers we love, today for yesterday, and tomorrow for the ephemeral possibilities we seized today in memory of the Beatitude of Bob Kaufman and the unforgettable gifts given us by Gabriel García Márquez!

PS —If you click on this fragmented chunk of memory’s handmaiden in a sentence aimed towards not forgetting, you will also find that today, April 18, marks the day that the US Government finally dropped the treason charges against a sadly delusional poet, Ezra Pound, who had been held in jail in jail on US soil for 13 years, after he was extradited from Italy where he railed on his own kind of “talk radio” throughout World War II in favor of Mussolini & Fascism. I’m not justifying Ezra Pound in any known way, nor neglecting the sophisticated chasing of beauty that the best of his poetry observed, but in lieu of the above meditation, my Dadaist imagination thinks it’s funny to presume that, in today’s vituperative world of gotcha politics, Ezra Pound just might have a show on Fox News….

Liked that moment?
Subscribe to Chris and get their extensions as they publish them. 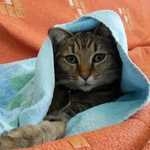 David Wade, Ken, Mike, Shu and 3 others said thanks.

Chef who believes in eating the world to save it. Wine & language & sharp knives are the tools of my métier. At heart, I'm a warm & fuzzy Dadaist.