Art as a public imperative.

Reykjavík is a beautiful city. Walkable.

I spend most days writing in some cozily heated interior, ambling around town for a bit, smiling at the beautiful scenery and pleasant architecture, telling tourists how to get here or there, grabbing a coffee, and maybe picking up some food before walking back home.

The entire stretch of my journey is on foot, which I love. To me, it’s an insane bother to have to get in a car, unless I’m headed to the airport or someplace equally non-standard. I’m actually a little offended that I have to go through the process of buckling my seat belt, stopping at traffic lights, burning fuel. I much prefer to traverse a city’s arterial streets on foot, burning my own internal fuel, each step taking me closer to a goal, each step the completion of a goal.

It’s the nature of this city that the street art sometimes becomes an integral part of the landscape. There’s a stenciled giraffe that’s become a bit of a landmark: he’s wearing old-school, red-and-blue, 3D glasses, and lives up among the rooftops on the main drag, downtown. There’s a massive, decorative, bubbly ‘Shut Up’ graffitied in an alley across the street from my flat; it’s gorgeous, and clearly took a lot of time to complete, and the owner of the building it adorns has done what she can to make sure lesser work doesn’t mar its beauty.

Other artwork is more intentional, like a series of very large-scale paintings that have gone up on some unoccupied factories and warehouses along the water. It’s a part of town I don’t walk through too often, but it’s becoming more and more worth going out of my way for, due to the buildings-become-canvases that are so artfully beautified.

I don’t know the whole story of these paintings, but I do know they’ve taken something that would otherwise be useless — serving only to add some money to the city’s coffers, as the owner of the space pays out rent for what may someday be torn down, or refurbished for some more traditionally practical purpose — and made it functional in a way that brings joy to hundreds, maybe thousands of people a day. I smile every time I walk by, and so does everyone else I see while in the vicinity.

It strikes me that the urban world is so rich with possible canvases, their potential unrealized, in large part because we haven’t asked how we might make use of them. How might we bring more value to this space, at the small cost of materials for an artist who wishes to share their craft with the world?

I picture a riff on FDR’s Civil Conservation Corps: a program that put 3 million civilians to work to offset the impact of the Great Depression. These people built bridges and parks, planted trees, and generally upgraded a large swath of the US at a time when both jobs and infrastructure were necessary. The States could certainly use some upgrading across the board, in terms of infrastructure, but how amazing would it be if artists were put to work alongside those working on engineering and public works projects? How much value would be produced as a result?

It’s a difficult thing to quantify, of course, and I think that’s a large part of why such a program would be hard to fund and justify to the public. I wonder, though, if a non-governmental organization could make such a thing a reality. If such a group could go from town to town, city to city, making the case for more public artwork, finding local funders, and hiring local artists to make it all happen.

I’ve seen the benefits of such work in different places as I’ve traveled; I’d love to enjoy the same everywhere I go. 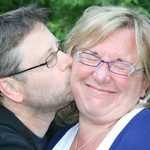