We did not know where to look. It was a mess. The eyes were gouged out. There were missing limbs. Some of the faces were unrecognisable. We were not describing a war zone. We have stepped into an old abandoned monastery on our way to Soganli.

We were prepared to be wowed by the frescos. We could not be more disappointed. The monastery was dark. The frescos slowly materialised before our eyes. The graffiti and chiselings came into various forms of lines and letters. The saints and monks depicted in the drawings might have passed on to Heaven but their drawings were still struck in Inferno on Earth. Such scenes were common throughout most cave churches in Cappadacio. 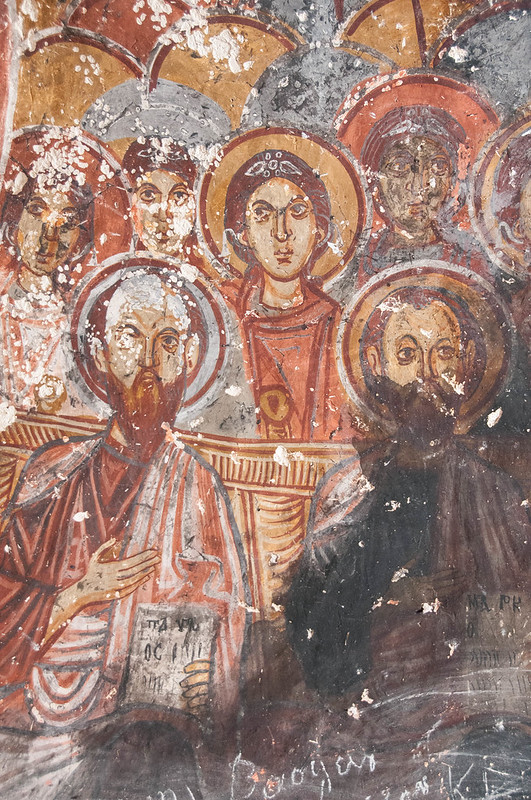 Most of the Turks are now Muslims. Mosques could be found in every town and city. What many foreigners do not know is that Christianity has deep roots in Turkey. Apostle John and Virgin Mary has lived in Ephesus. Our hotel in Selcuk is located opposite to Saint John Basilica where the Apostle was believed to be buried. The tomb of Apostle Philips was uncovered at Hierapolis (present day Pamukkale) in 2011. Christianity flourished during the late third century with the establishment of the Byzantine Empire. Christians built dwellings and churches into the Fairy Chimneys to fend attacks from maundering Muslim armies. With the fall of Constantinople (present day Istanbul), the influence of Christianity waned, leading to the demise of the cave churches and frescos.

We did not expect much when we visited the Goreme Open Air Museum. We went at midday to avoid the crowds. The drawback was that the temperature was unbearably hot. There were not much shelter and the sites were spread out across the Museum. We found ourselves literally running from one site to another. The frescos were better preserved at the various sites in the Museum. 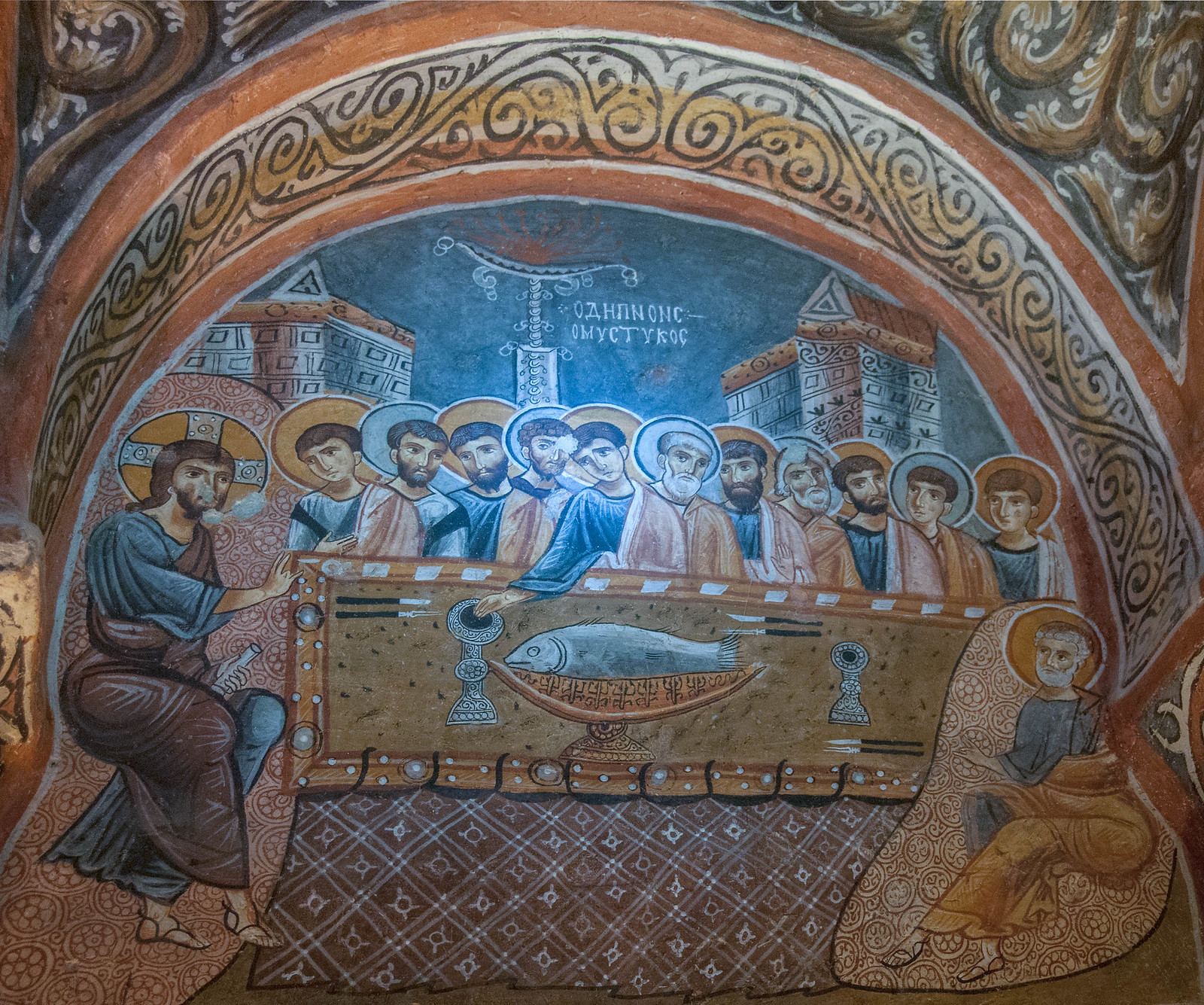 Among the frescos in the museum, the crown jewel belonged to the Dark Church (Karanlik Kilise). We, already suffering from cave church fatigue, were reluctant to pay the extra 8 Euro entrance fee. In the end, our inner curious cat prevailed. Upon entering the church, a cool breeze greeted us, offering a respite from the oppressing heat. The Church was small and dimly lit. When our eyes grew accustomed to the darkness, we were dumbfounded by the. The elaborate and beautiful frescos were everywhere on the walls, pillars and ceiling. We found famous biblical scenes such as the Last Supper and Crucifixion on the wall. We experienced tranquility and spirituality as we walked around. All this while, Jesus Christ was watching from the ceiling with benevolent eyes. 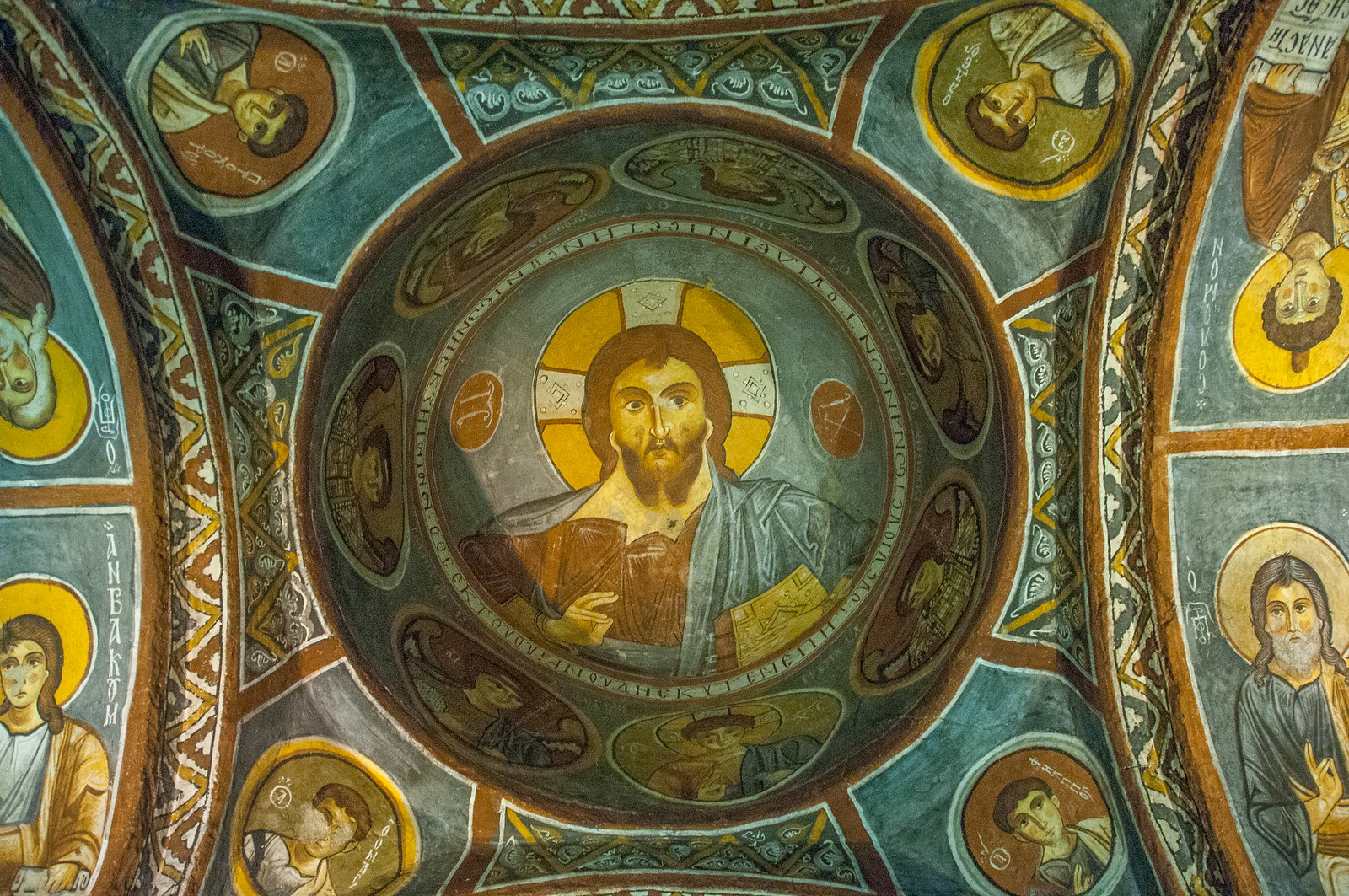 The Museum stationed a guard to ensure that no photography was allowed in the Church. We wished that we could bring back some photographs of such immerse beauty. As we turned towards the exit to leave the Church, the guard was no longer around. Our prayer was answered! We quickly took photos of the frescos. 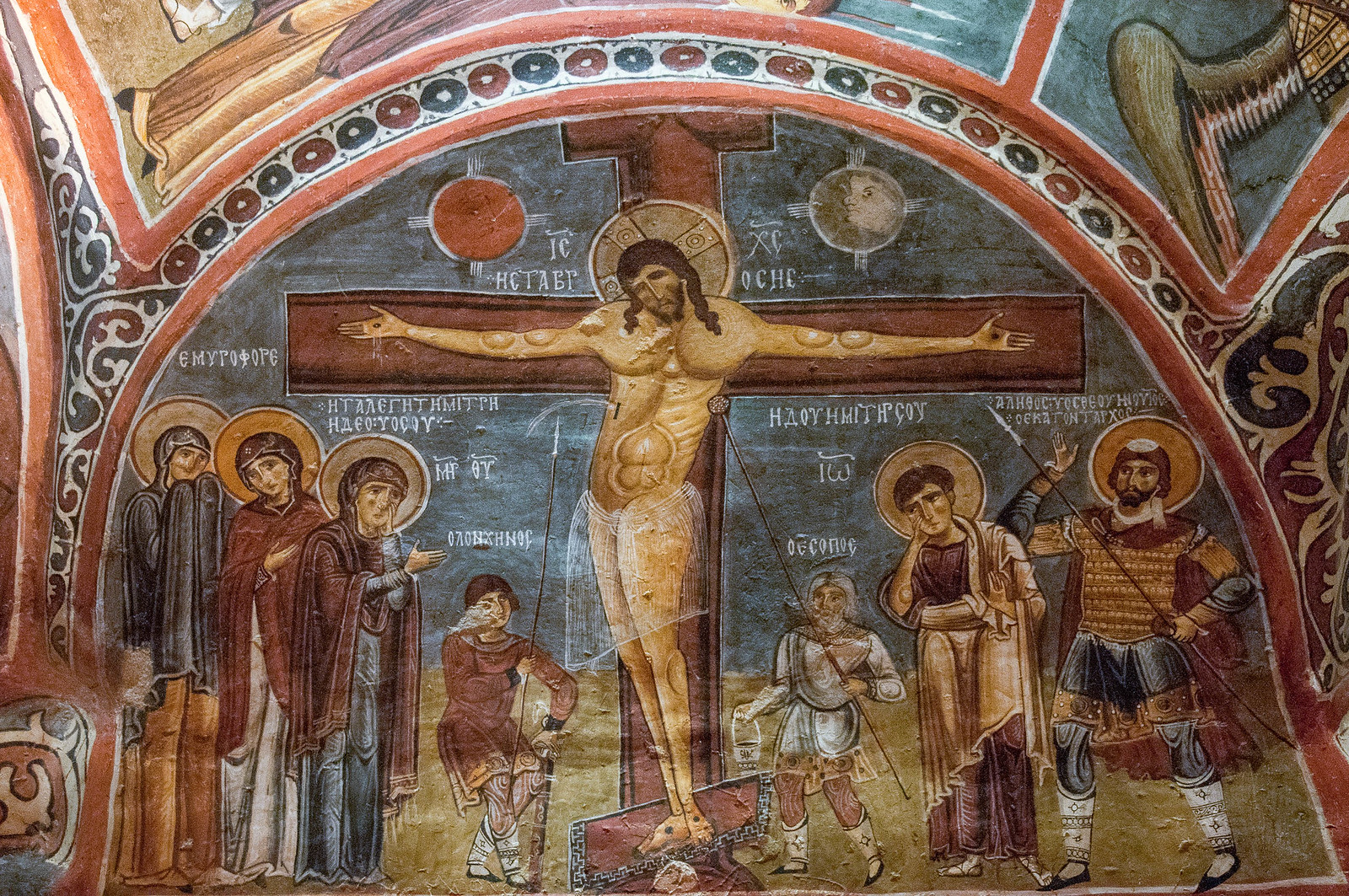 I felt a light pat on my shoulder. It was a local guide. He warned me not to take photos in the Church. He went on to complain to the guard who has returned from his break. Fortunately, the guard did not demand that our photos be deleted.

The Dark Church was no Saint Peter Basilica. Yet it exemplified what dedication and devotion to one’a faith could achieve in a confined space. If there was only time for one cave church, the. Dark Church in the museum would be the one to visit in Goreme.

Other moments in Göreme