This is my dad. He has Alzheimer's.

Paul B in Southport, United Kingdom

It was 17°C with few clouds. There was moderate breeze.

I want to use this last post on Hi, to share with you three lessons he’s taught me. He’s at times difficult and troublesome, cheeky and silly. But I feel like I know him more now than I ever have previously.

Lesson 1 - Be Your Own Person.

Growing up, let’s just say he didn’t have great role models. Adopted by a couple who felt like they had no choice, he was left to his own devices. Often acting out to get attention, never feeling loved. He has a never ending list of stories to tell about his childhood. Not one of them negative. All positive, all happy. He learned early on not to allow life to beat you down, but keep going and forge your own path.

Lesson 2 - Strength Comes From Within.

As soon as he was old enough dad joined the military, primarily to get away from his family. He served as a Royal Marines commando, and has only shared a few stories about this time in his life. For one, that men died in basic training. Another, that he served in Borneo and tracked down guerilla’s fighting in the jungle. He has to this day a photo showing a whole village they didn’t get to in time. They were all beheaded. He wished they had got there sooner. Some people say it’s not good to keep feelings locked away. I’m saying that maybe some things should be kept private, and used as fuel to propel you forward when you feel like giving up.

Dad met mum after contacting malaria and being brought home to recover. She taught him amongst other things these words from 1 Corinthians 13 : 4-8…

They did not have an easy life. Money has always been tight, holidays and presents were few and far between. But as kids we learned that those things are not important. I wouldn’t change him for a moment. Even when he embarrasses us by calling complete strangers in the street funny names. Or angers us by climbing over the conservatory roof and into the next door neighbours garden to escape. Or using a knife to jimmy open a window and climb out. He does all this and more but always with that cheeky smile on his face.

To everyone on Hi, it’s time to say goodbye (I couldn’t find a way to say that without it rhyming sorry!) This was a thoughtful, considered approach to truly the most social of social networks. To David, Pete, Amal, Adrian, Christine, Craig, Pete, So-Shan, Cassie, Kinley, and many others. Thanks for your kind words. 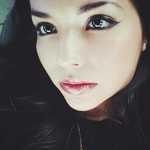 Porter, Valentina, Chris, David Wade and 8 others said thanks.