It was 6°C with scattered clouds. The wind blew strong.

The first question West Yorkshire people ask is, ‘Was it a Bradford fire?’ Meaning not Was it in Bradford, but was it deliberately set to solve the problem of a large redundant building standing on land that could profitably be developed if it wasn’t there?

Having met the owners I am sure that was not the case, they wanted to regenerate a mill they’d kept beautifully preserved since its closure in 2002. What they were finding was that Bradford had neither the economic or demographic drivers that revived other industrial cathedrals across northern England with housing, retail, leisure or lighter industry.

That meeting with the owners was part of the preparations for a site specific show in Drummond’s by Freedom Studios for the 2012 Cultural Olympiad. Ironically, The Mill : City of Dreams, directed by Madani Younis and produced by Deborah Dickinson, explored how a community drawn from Asia and Europe who made Bradford working in mills like Drummond’s, coped with a new world in which the production and much of the machinery that once filled these rooms had moved to the Indian sub-continent, leaving the city needing to adapt to survive.

The show’s narrative was drawn from stories of ex-mill workers and local people, but framed by an aggressive developer with a vision of Drummond’s as pine floored condos and a gated leisure based community.

Actors, dancers and musicians led the audience from small workshops and store rooms, up past the offices and social spaces, through the pattern and cutting rooms, into huge machine halls, and a wonderful high wooden vaulted room that looked like the inside of an inverted hull that everyone called The Ship.

As a producer for imove/The Olympiad I got time to knock about Drummond’s while Madani and Deborah made a show that captured the spaces, the way people, processes and products filled them and connected with the rest of the world. You can’t see all that the few opportunistic photos I took.

Last night, sad before sleep, it wasn’t the video clips of the blaze or images from the City of Dreams show that filled my head. I was re-walking those rooms, the corridors, stairs, rereading the notices, picking up the odd tools, toys, bits of equipment left in spaces perhaps already lost back then in 2010/11.

You could dismiss this as urban explorer or site specific arts fetishism, and some local people have used social media today to reinforce the same message as the graffiti in my pictures - the work was hard, the hours long, the rewards small. But I’m sad a city that has done so much recently to ensure the arrival of a shopping mall the same-as-everywhere-else-ville, didn’t do more to prevent this unique, complex and beautiful building becoming a derelict gap ripe for units of breeze blocks and tin, or a striplit open plan call centre, where the work is dull, the hours erratic.

And the rewards? Small. 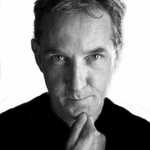 David Wade and Dave said thanks.