Our Movie Is Awesome

There’s only one word for this: flabbafabulous. I watched it for the first time today. You’d think we’d be the first ones to see it but no, no… we just live in a HEAD so we had to make RILEY watch it first which was AWFULLY difficult because she was fretting about how she sounded on camera. Joy says it’s all my fault that she’s disgusted by her voice. I beg to differ. It was the most amazing thing my eyes have ever watched and that is pretty rare for me. If you don’t know me, I have STANDARDS and I refuse to lower them. So if this was ‘amazing’ for me, then that means YOU’D probably love it too because some of you silly humans would probably chew gum out of a trash can for five bucks. wrinkles nose So go to your local cinema and watch it if you haven’t already!!!!!!!! It’s called Inside Out by the way if you didn’t already know. Peace Out. (ugh I hate that expression). 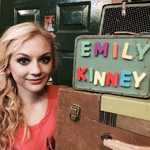