A first salute and a silver dollar

I went on a quick getaway this past weekend to attend my nephew’s graduation. I say nephew but he’s five years older than me, but that’s another story.

I’ve never been to a military graduation before—it was all very fascinating. Handshakes and diplomas are replaced by symbolic first salutes and silver dollars. Togas are badass uniforms with bars and medals and pins. The graduates are finally commissioned officers—second lieutenants with a long, long way to go.

Bagpipes are played. The main commencement speaker (in the short jacket with the most bars on his sleeves) remembers his time as a POW and stresses the importance of character. Orders are given to sit and stand.

After all the awards are given out, the master of ceremonies decides to read out a little sheet of trivia about the class of 2013. The hours of exercise, the number of push-ups demanded per day. The fact that one graduate used to be a water polo coach. (The audience erupts in laughter, then one of the generals on stage says he used to be one too.)

The youngest in the class, he says, is 24 years old. I spot him almost right away—he does a subtle little fist pump from the third row.

The oldest in the class, he continues, is 72 years old. An audible gasp from the crowd. The emcee adds that despite his age, he’s scored almost perfect in all his physical tests.

It’s a little harder to spot him from the crowd, but I do—an old man in the last row of the middle section, trying his best to fight back tears and failing. He struggles to smile as tears roll down his cheeks.

…I just ran out of excuses for not following my dreams. 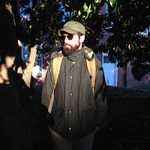 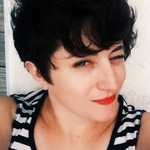 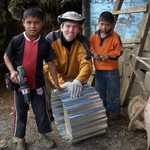 Spyridon, Zoelle, Paul, David Wade and 4 others said thanks.

Other moments in San Luis Obispo