John Norquay is my great-great-great-great uncle on my mother’s side. I am honoured to say that I have direct ties to the Red River Settlement, and also to John Norquay, the first (and only-to date) Metis Premier of Manitoba. He was born in 1841 near St.Andrews and was a descendant of 18th century Hudson’s Bay Company workers. His ancestor, and mine as well, Oman Norquay came from Scotland, as part of the Selkirk Settlers, working for the Hudson’s Bay Company. He married Jean Morwick, (an Indian) according to their marriage license. Many Native women were not listed with their names, only listed as an Indian, which was a very common practice. Having Metis ancestry was a political asset among English speaking mixed bloods or “English half-breeds” as they were called then. John Norquay was well educated and could speak English, French, Cree and Saulteaux. He became premier of Manitoba in 1878 and stayed in office for nine years until 1887. He was premier during a tumultuous time in Manitoba and a time of dramatic change. Although Norquay was not actively involved in the Red River Rebellion with Louis Riel in 1869-70, he did have ties with him. Norquay presided over the enlargement of Manitoba’s boundaries and did many good things for the people of Manitoba, but started to lose his ability during his first political fight with Prime Minister John A. MacDonald over the problem of the railways. Norquay tried to break the C.P.R.’s monopoly in Manitoba, but was involved with financial problems involving the Hudson’s Bay Railway. Some say Norquay was suckered by MacDonald and took the fall, while others say he was involved in a financial scandal. The answer to this question was still unclear as of 1988. Although there are questions surrounding the end of John Norquay’s political career I think it is ‘cool’ that I am directly related to some of Manitoba’s Metis history. There is a street and a school named after John Norquay in Winnipeg, Manitoba, Canada, as well as a mountain in Banff, Alberta, Canada. http://www.mhs.mb.ca/docs/people/norquay_j.shtml Memorable Manitobans: John Norquay (1841-1889) by Gordon Goldsborough The Winnipeg Sun, February 2, 1988. Winnipeg, Canada.

Liked that moment?
Subscribe to Ashleigh and get their extensions as they publish them. 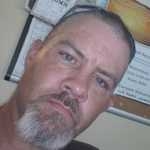 Other moments in Brandon