My partner Paul (that’s him in the blue Polo shirt) and I have been visiting friends and family up and down the coasts of southern California. This weekend we caught the train in San Juan Capistrano where the ‘old’ train station shares a parking lot with the ‘old’ mission. The famous swallows, however, were nowhere to be seen.

As many will remember, these local swallows were commemorated in the American classic of sentimentality When the Swallows Come Back to Capistrano. The song might be said to celebrate the entrepreneurial triumph of a Spanish friar who founded a mission church here in 1776. Then, when the cliff swallows of the region found the mission walls to their liking as a spring nesting site, the church was able to parlay this rather ordinary ecological happenstance into the miracle of return, giving it a precise date March 19th, thus associating the occasion, for reasons that remain obscure to the laymen, with the advent of St. Joseph’s Day.

The good Spanish Fathers were perhaps unaware that about 80% of all North American birds are migratory; indeed, many of them, like the cliff swallows, annually travel thousands of miles following the summer, as it were, to the southern hemisphere. Again like the swallows, most migratory birds return each year to the same area, often to the very same nest as the year before, sometimes arriving in great flocks that blacken the sky. These marvelous flights would have been commonplace to the native peoples, which in SJC are the Juaneño people, now part of the Acjachemen Nation.

The birds no longer flock in great numbers in the nooks and crannies of the old church. To tell the truth, as something of a bird watcher myself, I didn’t lay eyes on a single swallow while we devoured our burgers in a little cafe under the trees along the tracks. The reasons are likely very simple: the same developers who utilized the “miracle” myth to bring tourists to the area drained the wetlands that sustained the huge flocks of insect-eating swallows. If you want to read an interesting, and more complete, account of the nesting habits of swallows, check here. If you want to see how the tourist industry still describes the former great bird migration, check here (don’t miss the use of the present tense).

BTW, an equivalent, if somewhat more secular, version of this story is told in Australia, with reference to the Short-tailed Shearwaters that nest on Griffiths island adjacent to the town of Port Fairy at the other end of the Great Ocean Road from where we live. Our birds’ annual migration is around fifteen thousand miles (without touching down in transit) each way to and from Alaska, at least twice as far as the Capistrano swallows fly to Argentina.

Port Fairy Shearwater website says “Each year the bulk of the colony (the breeding age birds) return to the nesting grounds on almost the same day. Individuals return to the same nest burrow they occupied the previous year and generally mate with the same partner throughout their breeding life. . . . In mid April the adult birds commence their Pacific migration leaving the young behind. Hunger begins to bring the chicks from the nest at night, until they eventually set off after the adults. Somehow they find the migratory route without the guidance of the older birds. “ 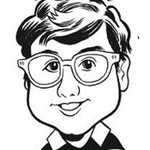 Adrian, Shu, Sanna, Peter and 5 others said thanks.