In Sandman cities have dreams and it is entirely possible to get caught in the dream a city is having about itself. This is how I feel about Nairobi: that every time I go I get caught in the dream and somehow avoid the more cohesive reality. Which is not to say that the dream is always pleasant. I remember walking along a side road one night in the murky darkness, my spine stiffening every time car lights painted the asphalt yellow. I could not see the ground clearly, but I could feel it through my shoes, could blindly taste its parameters, and I was afraid of things people had told me to fear: getting mugged. Machine guns. Nothing happened but the whole thing transpired as though it were something less than real. Time stretched and shrunk so that at first the walk was the longest walk then, when it was over, and my colleague and I were trying to wake the sleeping guard at the hotel to let us in, the shortest walk.

A similar thing happens when I try and tell anyone where anything in Nairobi is or try to make accurate predictions about how long it will take to get somewhere. I know that this is in reality because I am always being driven around Nairobi and my perception of how far or close something is is often distorted by the waxing and waning traffic that snarls and unsnarls depending on the weather and the time of day. A short drive one day is a long, interminable drive the next day. Someone told me once that this is partly why people are always so early for meetings. They plan based on a system that defies proper planning.

In my memory the reality of the distortion is replaced by my fanciful interpretation of being caught in Nairobi’s dream. I shift from place to place, pushed along not by the usual strictures of time but by the city’s whim as it leaps from moment to moment. One moment I am sipping a spinach and citrus smoothie at the Junction and the next I am in the iHub chatting to entrepreneurs about M-Pesa. And the next I am in a mahogany wood office with black leather chairs being plied with cookies and tea while I revise and re-revise a contract in real time. We negotiate a paragraph, the whole contract is reprinted. We move on to the next paragraph and I cough bloody mucus discreetly into a tissue. No one seems to be bothered by the coughing but later, when I am with a group of foreign travelers like myself, one of them acts as though I have the plague. I tell her I am fine, it is a bad case of bronchitis, but I see that she is convinced I am dying.

In other memory-moment I am sitting at a bar ordering shots of something, anything and a man in a suit and diamond studded glasses asks me if I have had a bad day. “You wouldn’t believe it,” I say and he laughs as though he might. “I just flew in from Kisumu,” I tell him, “And I almost missed my flight. Or I thought I did but they were holding it for me and when I ran across the tarmac and got on the plane everyone clapped. The hostess said I was a fast runner.” “Sounds like a good day,” he replies. I shrug. “That wasn’t the bad part.”

On my most recent trip I attended a summit on digital reading and visited Kibera, infamous for being the largest urban slum in Sub Saharan Africa. I went to a library in it that had managed to carve out a very beautiful and serene space for reading and community activities. It was the first time I had seen real poverty in Nairobi, the kind that comes, visually, to the visitor, in the form of unpaved roads, semipermanent housing, a lack of sewage systems and proper garbage disposal.

To be clear I did not feel as though I had managed to step outside of the dream into reality, that cohesion I was looking for suddenly realized in other people’s suffering. Poverty is no more real or authentic than wealth, in my opinion, anyway. Wealth can insulate those who have it from physical discomfort but both distort the version of the world we are able to see, to bear, to access.

What being in Kibera made me realize was that, finally, I was experiencing a version of Nairobi that someone who had never been there might deem authentic. Authentic because it would more closely match with their vision, nurtured by an endless supply of bad ads, books and Hollywood movies of what “Africa” was.

For instance. In Batman vs. Superman a fictional Sub Saharan country/city (it’s not clear which) called “Nairomi” is depicted as dusty, under the rule of random dictator, hot and abysmally poor. Which is to say that a movie with a $410 million dollar budget decided to construct a fictional version of what was probably meant to be Nairobi and construct it entirely with half-assed stereotypes. The result was something so far from any kind of version of the actual place that even if Nairobi were having a nightmare it would not conjure whatever happened in that movie* up.

There was a white guy once, on a plane, who asked me if I had been outside the city. I had but he wasn’t waiting for the answer. “Then you’ve never been to the real Africa,” He told me, his tone implying I was a small, silly creature. I think I told him I was from Canada, a country famed for its great outdoors, but that didn’t make Toronto any less authentically Canadian; but I can’t remember anymore. I do remember that he left the plane annoyed with me, but exactly how I managed that is a blur. The way it would be in a dream, I guess.

*(in case you’re curious, the whole movie is crap, and this was just one more shitty thing). 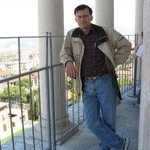 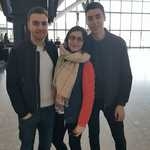 Karl, Steve, David Wade, Philip and 2 others said thanks.

Other moments in Nairobi