At times I wonder if human brains have any ideological leanings and if there is one, why cant they stick to that? Why is that a sugar coated offer can easily lure you to go away from the ethical and ideological belief you have followed your entire life?

India is witnessing a upheaval in its political shaping. It used to be a one person party but gradually regional dispensations gave birth to regional power centres which in turn started the coalition era. It didnt help India as a nation since the federal nature of the country as a whole lost its sheen as regional parties started demanding their share both for themselves, their party and their regions. In the last elections, these regional powers evaporated to give two or three parties into prominence.

But despite all these upheavals, individuals always remained with parties that ideologically suited them. But today we are witnessing a boom of shifting loyalties. With no ethics or ideology left, these newbie politicians - which the media calls as new generation - shifted to which ever party that gave them power - in an executive post or a future proposition.

It’s the bleeped human brain that is at work. 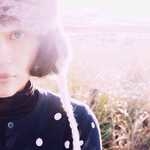