I have luck with just one thing in life, but it’s a big thing: planes. As in, I’m always, somehow, against all odds, managing to get on them.

Let me explain. My Mom is a flight attendant and one of the perks of the gig is that her family members can fly for free, so long as they fly in space available seats — those never purchased or that belong to people who, for one reason or another, never show up. Since most flights are oversold versus ever having empty seats, I’m usually in the morally compromising position of betting on other people’s bad luck; hoping, but trying not to hope, that somebody will miss their connection or get stuck in security, so I can take their spot.

It always goes like this: I stand to one side of the desk, pretending not to be anxious. I perform a cursory passenger count and weigh this against the aircraft’s total capacity. I pray. Then, at the absolutely final hour, when all present are aboard and accounted for, and they realize Mr. or Mrs. Whatever haven’t shown up, they reassign the seat to me. Then they rush me on board, usually closing the gate at my heels with an ominous bang.

Somewhere out there are numerous and nameless people who have overslept, got stuck in traffic, or — God forbid — had some kind of medical emergency, and here is me, in what should have been their seats, kicking off my shoes and listening to the flight crew babble safety instructions.

It’s improbable. But it works. I’ve gone to Hawaii, France, Turkey, Thailand, Mexico, Costa Rica, England, Brazil, and more. I’ve gone to Canada on one chance and Paris on another two or three.

And that’s the other thing about being a flight attendant’s daughter. It amplifies — is responsible for? — my already grossly outsized loyalty to spontaneity. I never know, for sure, where I’ll end up before my butt is in that seat and I’m on the plane and it’s actually taking off. I can’t make plans and I can’t bring other people.

“Are you home this weekend?” is a regular Friday email I’ll send to a friend in Peru or in Germany.

“I’m coming!” I’ll text from the gate, as it shuts, and I board, and go up into the airless, internetless, phoneless vacuum that is an airplane. Then I’ll be there.

And the flights are always full, but damn if I don’t keep finding my way onto them, anyway.

I’ve been openly laughed at by the gate agents in London, an overpacked and overly-sweaty hub of business travel where the flights are always crammed.

“You’ll never get on!” they crow, delighted, taking their usual joy in the conundrum of the space available traveller.

“What do I care?” I pretend right back, laughing.

Later, in shock, handing me the ticket: “I can’t believe this. I can’t actually believe that right now this is happening.”

You wouldn’t believe how many times I’ve heard that.

I’ve taken trains to outrun bad weather; hopped on flights where the skies are clearer and there aren’t cancellations. I’ve taken risks and jumped flights to mid-way destinations — Chicago or DC, instead of New York — on the off-chance and a desperate hope that I can squeeze onto an express jet home from there. I’ve walked off those flights, turned to my left, seen a final call being given for JFK, and promptly boarded.

“Oh, I’m not listed? Can you check again?” I ask at the desk, feigning innocence, as I quietly list myself in the system, using my phone, holding it out of sight, at hip height. “Oh! I’m there now? That’s great.”

Board. Sit. Fly. Home just in time to stroll into the office at 9am, sharp.

I’ve flown jump seat on an absolutely packed express jet from Athens to Munich, the whole time not entirely sure whether or not the gate agent realized, in the chaos of rebookings and outraged passengers, that I wasn’t, in fact, a flight attendant myself.

Last year I logged nearly 250,000 miles this way, in what may very well be a total abuse of the benefits system.

I never know and I never sleep and sometimes, as it goes, I don’t actually get on and I get stuck places and people get mad at me. Sometimes, but not often, it’s a goddamn right ol’ pain in the stinkin’ neck. But I wouldn’t trade it for anything in the whole, entire, ever existing wide and lovely world.

Just tell me where to meet you and I’ll come. That’s the way I get by. 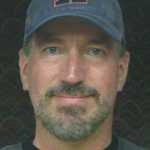 Yam, Lia, Christine, Amal and 10 others said thanks.

Other moments in Petaluma