It was 12°C with nil significant cloud. The wind was light.

First you notice the scale of things. A person is quite literally a speck of dust when set against the backdrop of this expansive ‘space’ that was the Tempelhof Airport. You feel as if you’ve walked for days and you look up and the horizon line and the distant abandoned airport buildings stand motionless. You’ve hardly gone any distance in their cold silent gaze.

The second thing that catches your attention is the tiny little fingers of green grass that push upwards towards the sun at every crack and edge of what was once a monumental example of man’s ability to shape his environment.

The third thing is the history that permeates the air around you. With every step, you know a thousand have taken the same in decades past. Long years of footsteps stretch back to the turn of the nineteenth century and further back.

While you look around and notice the random clusters of people from surrounding neighborhoods engaged in the most mundane activities, the stark contrast of their laughter and relative ease stand at attention to the grim past that is buried, quite literally in the ground beneath your feet.

This is the same spot where the Allies landed their planes laden with supplies for the local germans. The same place where thousands were interned in echoes of the concentration camps that were to come.

Today, as we strolled through with the high sun at our backs, its the scene of picnics, rollerbladers, neighborhood gardens and families out for a leisurely stroll.

This space is abandoned but by no means is it devoid of activity.

The only constant is the continued beat of human activity. Although I am surrounded by voices raised in shouts and laughter, it is all of it surrounded by a heavy blanket of silence that emanates from every blade of grass and overturned bit of rubble.

It’s a place of complexity and sacred reverie. It is all I can do to take it all in.

Liked that moment?
Subscribe to G and get their extensions as they publish them. 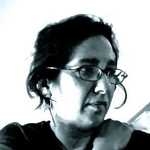 Every day is a bonus, a gift, an invitation – an invocation.