After five years of literally flying solo (and singing its praises), I have a confession: it's begun to wear thin.

And the main thing I love about going solo - this wide openness to serendipity - has momentarily lost its luster. I say this even though the last flight I was on, flying in to here, I was lucky enough to be seated beside someone I genuinely liked and became friends with. Also —- she was cute.

Tonight, it’s just another airport, another long flight get through, in the uncomfortable company of hundreds of older strangers, who may or may not cause me minor misery in transit. I’m kinda sick of it. Traveling with someone I like now seems so much better than this.

I have had my fair share of random encounters with beautiful strangers, but times like these, the thought of all the people I’ve yet to meet is more a stifling notion than a hopeful one. Too many passing faces, all breadth and no depth. I’m tired.

The truth is I’ve always picked going solo over not going at all, and I regret none of it. It’s been an amazing ride every time. I’ve even developed a reputation for it. But flying solo has never been home to me, and has not become so even after years of practice. It was always a way to make the most of my circumstances.

Well, now it’s time to hop on the plane. I’ll sleep, and maybe afterwards I won’t feel so tired. 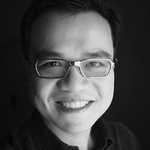 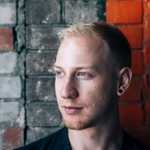 Paolo, David Wade, Tanja, James and 8 others said thanks.