Toddler on the Train

Expressions of pure, unadulterated joy are the primary protection against filicide during the toddler years. Because between the tantrums, whining, and egomania, children will open a window for you, a window that looks upon a world of wonder, amazement, and emotional simplicity. It’s the greatest gift they have for us parents, because in a single moment they can cleanse us of decades of cynicism, bitterness, and entitlement. Like Will Ferrell gleefully circling the revolving door in Elf, they remind us that as we grumpily go about our daily routines complaining about every inconvenience, we are constantly surrounded by incredibly mind-blowing feats of civilization and human ingenuity.

There is no greater reminder of this fact, at least in my relationship with my son, than a ride on mass transit. All forms of transit sure, but reigning above all: the train. Maybe it’s the certainty and predictability inherent in seeing the tracks, or the sheer mass of the behemoth arriving in a station, or the heartbeat-like rhythm of the engine and wheels. But whatever it is, trains are king. My son is filled with pure glee during every moment from walking into the station, to boarding the train (“please mind the gap” and “stand clear of the closing doors please” are constant refrains in our house), to disembarking.

Because of my son’s joy, my favorite train rides are on the NYC subway. Surrounded by grizzled New Yorkers, veteran transit-riders, people who have literally been crammed into crowded trains every day for decades, conditioned over and over again to view this ride as a miserable experience. And in floats this little sprite, grinning ear-to-ear, literally shouting ”TRAAAAAAAIN!!!” and jumping up and down at every train that rumbles down the tunnel. The hard-edged New Yorkers can’t help but smile, but talk to him about the trains, to take in some of that excitement.

It’s a bit like waking up from a dream. You look around at the engineered steel and concrete surrounding you, at the thousands of people being moved miles and miles in a matter of minutes, an entire society just turning like clockwork. And suddenly it’s obvious: this is amazing! Suddenly, complaining about a delay, or the coffee shop being out of creamer, or how busy your workday will be, seems like the silliest thing in the world. Look around you, at what you’re a part of! What a gift, what an honor!

And you look down at your son, and your heart fills with the whole world, and you thank that little angel who an hour ago was screaming, making a mess for you to clean up, waking you up an hour early, refusing to eat the breakfast he had asked you to make, refusing to poop in the potty even though you damn well know he can. The little jerk.

Liked that moment?
Subscribe to Galway and get their extensions as they publish them. 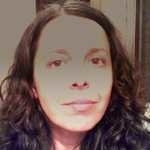 When you were with her, there was a completely thrilling atmosphere - a need to create.