Often you do not hear very much about the Aboriginal soldier. These heroes, 4000 strong during the First World War and 3,000 strong in the Second World War were extremely brave. They used their talents, gained from their traditional hunting lifestyle, to become exceptional soldiers. These Aboriginals had stealth, marksmanship, patience and bravery, and were invaluable to the Canadian Army as snipers and during reconnaissance missions. Many received military medals for their feats of bravery (2).

One such soldier was Flying Officer Willard John Bolduc. An Ojibwa, he received the Distinguished Flying Cross for his performance as an air gunner during World War Two. But, this is not all they did. Cree soldiers such as Charles Checker Tompkins became “code talkers”. These “code talkers” translated important messages from English to Cree. These messages were taken over enemy lines and then translated back to English by a “code talker” there. The Cree codes could not be deciphered by the enemy and became invaluable to the Allied forces (2).

Joining the war effort was no small feat for an Aboriginal. The challenges they faced included traveling great distances to enlist and not knowing how to speak the English language. Many Aboriginals, never having a reason to leave the reserve, often they only spoke their native tongue and faced culture shock when they arrived at enlisting offices. Not to be left out, Aboriginal women also served in the Canadian military as nurses overseas. Those left behind in Canada contributed to the war effort through financial contributions, purchasing victory bonds, and collecting clothes and food to be shipped overseas. When it came to any women joining the army and going overseas, it was nearly an impossible feat. Women were not allowed to join the military. Some women soon found a loop hole such as Edith Anderson, a woman from Six Nations Grand River Reserve, in Ontario. She moved to the United States and eventually joined the U.S. Medical Corps and traveled to Vittel, France were she helped treat wounded soldiers (2).

Another important aspect of the Aboriginal contribution was their need to overcome the policies and practices of the Canadian government. The Canadian government in 1857 introduced the Gradual Civilization Act. If the title is not insulting enough; what it did was even worse. The goal of the Gradual Civilization Act was to remove a person’s Indian status and replace it with Canadian citizenship. This would be called Enfranchisement (3). Many may think, this isn’t so bad. Who at one time or another, does want to be a Canadian citizen? We are known for our beautiful scenery, friendly people, poutine and hockey but, there is a difference between being forced and making a choice. During the periods of the First World War and the Second World War, most Aboriginals were living on reserve land and off the financial aid from the government. The government made it hard for Aboriginals to leave the reserve and made it even harder to make any sort of living. At this point all Aboriginals generally had, were each other and their ancestral identities. When this all you have, who wants to give it up? Well, any Aboriginal who wanted to join the military had too. By joining the army, or enlisting in any military service, an Aboriginal man became disenfranchised and lost all financial aid from the government, and their home on the reserve (3). But still, Aboriginal men signed up for service.

After the war was finally over, Aboriginal soldiers faced further disappointment. When it came to benefits that soldiers were to receive after their time at war; Aboriginals soon found out they were not eligible for veteran settlement packages, this being money and land (1). Aboriginal soldiers were yet again impoverished by the government. A bright note to this is that the Royal Canadian Legion recognized the contributions of Aboriginal soldiers and took steps to demand equal benefits for Aboriginal veterans. In 1936, government policies were changed to reflect this suggestion (1).

Although Aboriginal Soldiers have received the short end of the stick per say. They continue to enter military service and do their part for Canada. Whether it was an opportunity for adventure, to demonstrate loyalty, to escape the poor conditions on reserves or a chance to live as a warrior, it is unknown. Even though, I am not of Aboriginal Descent, but I am proud of what Aboriginal soldiers have done for our country. They are a proud people and deserve our respect and thanks. On November 11th at 11:00am please observe a moment of silence and remember our fallen Canadian soldiers, the ones that have returned and their families. Remember the Aboriginal soldier. Remember the sacrifices all have made to make our country of Canada free. 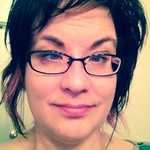 Other moments in Ottawa