The things they leave behind tell the story of their hopes and dreams.

On Sundays the house is eerily quiet, so quiet that I can feel the silence. What used to be a day of rushing to soccer games, running meets, church, the grocery store, and doing loads and loads of laundry is finally, truly, a day of rest. Sometimes I wander from room to room, lost in my own house, looking for clues about the lives of the twin girls who used to live here.

The first time they went away, they left mounds of childhood artifacts: stuffed animals, games, Lemony Snicket. It took me months to adjust to the change. The silence was deafening. I could “hear” that there were no children sleeping under my roof because an inaudible hum was missing from our house. I swear that their absence made my husband snore louder. I tried moving in to one of their bedrooms, making it my study. Sitting in my baby girl’s empty room gave me no more clues as to who she was becoming now, and I found that my own presence there was erasing hers. She was having a rough start at school, and from afar I felt powerless to help her. I was hopeful that she’d return, hoping that I would be evicted at any moment until I evicted myself.

Over the first summer, the rooms changed the most: one packed away her trophies, replacing them with a shelf full of thick philosophy texts. The other kept her shiny accolades and her carefully curated collection of Teen Vogue, but exiled her once-prized red convertible Barbie Boxster to the top shelf of her closet. She also asked me to have her hot pink walls painted over in a more mature neutral color. I complied, but left her bright orange trophy wall untouched.

The second fall they returned to college, they left a drift of unworn clothes, outfits that no longer fit their emerging adult personae. Now each time they come home to roost for a weekend, a week, or a break, the artifacts change and with them the impression they leave. One has her sewing machine set up to make emergency fashion alterations whenever she’s home, and I wonder if her friends know that this girl studying physics and mathematics has always had a deep passion for all things fashion. The other leaves new piles of books—about science, Italian, literary novels—with intricately written notes in the margins, all things she wants to return to when she can find more free time, her curiosity always too big to be satisfied. Both still proudly display the hand-made kudos and notes of encouragement given to them by friends and teammates, and both have layered on even more notes from the friends they’ve made in college.

Cleaning up their bedrooms this last time, I cried when I discovered that each had left a prized possession on her bed—one that had initially made the trip to college. Each was the one stuffed animal that had mattered most to her in childhood, the one toy for each of them that would have caused a turn-around twenty minutes after we were already on the road to grandma’s house—a slender floppy elephant for one, and for the other a matted puff-ball shaped leopard, named “Tigey.” Piece by piece they were leaving their childhoods at home for safe-keeping and letting other things go, all in the process of finding their own stripes and spots.

Liked that moment?
Subscribe to Julie and get their extensions as they publish them. 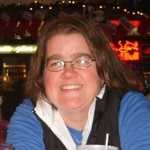 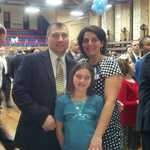 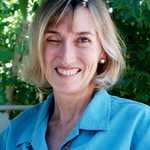 Suburban empty-nester working on the digital frontier of book publishing.

Other moments in White Plains