It was 17°C with clouds and visibility OK. There was moderate breeze.

Sitting in on a 2041 lecture. Learning about filters in UNIX. Laptop is out of power (thanks Toshiba).

Just got my ass handed to me in Yugioh by Aaron. Need to buff up.

Went to the Microsoft Tech talk yesterday. ‘Twas fun. Missed out on the middle section (Twas tired) and the raffle (rip hard drive).

Went home and ate like the entires family worth of food. Glad my metabolism is back!

Stayed up for an extra 4 hours learning Renpy and finishing that troll visual novel Saus Salt. George and Neil’s reactions were gold when I showed them today.

Screwed up and missed the math lecture today. Went to the BBQ instead. Met some nice people from CBA. Learned a bit about Android app development.

Got Mel again for my COFA course. Also the class is like the inverse of the gender ratios for the computer science courses. Was the only guy there (and of course Mel aside from Mel whose charisma outpaces mine).

It was a chill class.

Oh yea the title. Yea so Tom Ellard probs the only lecturer better than Tim at COFA left last sem. Only just learned yesterday. I feel like he told us before though. Still surprising. Jumped straight to the conclusion of the USyd merger but no apparently he’s doing a reunion with his old band.

Oh yea the Usyd merger. Got canceled I think. Rip the arts kids since it’s still getting cut off. It’s just going to be independent instead.

Liked that moment?
Subscribe to Alan and get their extensions as they publish them. 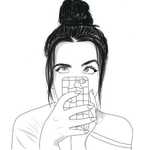 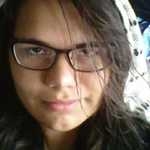 Some uni student, gonna just be recounting some life events and my everyday.

Other moments in Kensington