Like many other volcanic wastelands, this one was a result of a deal with the gods that went awry.

Legend has it that the gods of Mount Bromo were pretty generous. The deal was to give the barren King and Queen the gift of fertility under the condition that they sacrifice their last child to the mountain. Everything went as planned at the beginning. The kingdom prospered and the Queen became a well oiled baby making machine. By the 25th baby (yes, she must have been popping out twinsies), the gods decided it was time to collect what was due. Of course in true mythological fashion, the humans decided to weasel their way out of the deal. This eventually angered the gods and like a nasty bout of food poisoning, the devil’s mouth threw up all over, burning everything in sight and turning the entire place as barren as the king and queen before they asked for help.

What a silly story.

That’s what I thought when I was on a bumpy little 4x4 to see the famous Sea of Sand surrounding Mount Bromo.

Then I stepped out of the vehicle and saw a vast landscape of nothingness. All I saw was sand and stone covered in billowing puffs of thick fog that looked like fumes from the earth. It was so beautifully desolate and otherworldly that there seemed to be no better explanation for why such a place exists. In that place and at that moment, science did not exist. This was the work of the mountain gods and it was clear to me that I was not safe. Underneath the sea of sand, you can feel a very primal and raw sense of power and despite millions of visitors throwing baby-shaped offerings made out of fruits and flowers, you know that the gods have not forgotten.

Liked that moment?
Subscribe to Migi and get their extensions as they publish them. 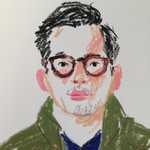 Nothing behind me, everything ahead of me, as is ever so on the road- Jack Kerouac

Other moments in Tosari