Hard Water. Whiskey aficionados reunited. (Anywhere with a ladder to booze is OK by me.)

After an uncomfortable hour pressed against the fireplace at Rickhouse, willing myself invisible to the age-inappropriate men hovering nearby, my long-nursed drink is a sad puddle of melted ice and I’ve run out of ‘urgent’ emails to send. I begin to wonder if Robert is lost. A middle-aged British man informs me that I’m cute, and is touched when I don’t slap him. Apparently this boosts his ego: my imaginary boyfriend is about to arrive, but I didn’t slap him. I try not to dwell on this.

Robert is only in town for tonight and we’re starting late. When he finally shows up, we swirl through a single cocktail and then it’s off to our ultimate destination, Hard Water. I’ve been meaning to try it since it opened months ago, and with my old whiskey buddy from LA so abruptly available, I can’t think of a better opportunity to check it out.

It’s 11 when we arrive at the Embarcadero; the bar closes at midnight. Our mission: tasting flights. We nose our way through 12 different whiskeys, everything from a grassy California rye to a rich, carmel-y bourbon from Colorado, alternating sipping briny oysters from the shell and wondering at the way the flavors bloom with a few drops of water.

All too soon, it’s 12 and we’re back out on the pier, staring at the bay lights and making plans to catch up the next time one of us ends up in the other’s city again. My only disappointment: you can’t just climb up on other peoples’ ladders and go swinging around like Beauty and the Beast. For now. 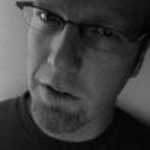