Getting to know a new story collection: it all starts in the bedroom.

Last year, while I finalized edits on The Laws of Average (my soon-to-be-released second collection of short fiction), I found myself tripping over stems and stubs of new pieces that I’m now trying to corral into a third collection. I don’t tend to see or experience story collections as linear structures, so for me one of the most difficult parts of this process is trying to organize a cluster of short pieces into something that has a specific left/right, top/bottom sequence.

Part of this has to do with the fact that I use Scrivener to revise my work. Scrivener’s approach to the whole word processing process is to build a database file where lots of little individual texts can be manipulated and collated into one big text. Discovering Scrivener a few years ago completely changed my drafting process, and ironically brought me back to the physical act of writing by hand with pen and paper after 20+ years of composing in a short succession of word processing programs (WordPerfect→AmiPro→Microsoft Works→MS Word). Because of the way it gathers and archives text, what Scrivener did was force me to think about my story collections as for-real collections.

And something collectors endlessly do with their collections, of course, is tinker and fiddle. I’m thinking specifically right now of John Cusak in High Fidelity, tearing down his entire record collection from his shelves into a massive heap around him on the floor, and then methodically putting it all back in a totally different order. Putting it all back, too, knowing the order isn’t forever; museums, see, they aren’t permanent at all.

As of right now, the working title of this third collection is Ruiner, and it’s getting ready to knock shoulders and elbows with all those other seeking-a-publisher manuscripts out there. It’s going to start imposing itself on readers who aren’t me, which means I have to think more deliberately about it than just leaving it as the heaping clusterfuck it’s been for the better part of 10 months inside Scrivener. As a reader, writer and professor, I deal with digital texts every day and am perfectly comfortable dealing with them. The cold, crisp efficiency of using cut & paste is pretty much second nature to me after spending the past 20 years of my life in higher education. But when it comes to curating a museum, man, that’s different. I don’t know why it’s different. I just know it is.

Yesterday I printed off the full draft of Ruiner for the very first time. The pages stacking themselves on top of the laser printer weren’t just warm but hot when I picked them up, hot enough for me to say that same word—hot—out loud to myself with no one else around. It didn’t burn, but it definitely stung. Thinking about that now makes me think about something else, about how when we write we are trying to take something interior and make it exterior, and how in that process of making there’s oftentimes a hell of a lot of heat and friction involved.

This is probably the single worst paragraph and idea transition I’ve written in a long time, but here it is anyway: the single largest flat surface in my house is the king size bed in my bedroom. That’s where the photograph above was taken, after I broke all of the stories out and laid them next to each other so I could see the museum of Ruiner in its physical entirety. Go ahead and snicker and roll your eyes right now at the psychosexual connotations of this, and say or think whatever you need to say or think to yourself right now to get to the next paragraph.

Okay, so yes, the word I used was friction. Which is what happens when you take at least two anythings and put them next to each other. It’s especially what happens when you use at least two anythings that aren’t the same things. And when I think of short story collections, the friction is always right there. Short story collections in particular, we tend to talk about them as cohesive things. But the more I think about them, which is to say, the more I read them and the more I write them myself, they seem to me to be more abrasions than cohesions. When we talk about these things, a lot of times we use the word uneven to describe them, and sometimes we use that particular word as a pejorative way to do it. And maybe not sometimes. Maybe most of the time.

What I’m getting at is this: uneven is what makes a collection of something a collection at all. Group just two things together—especially if those things are seemingly identical—and it’s in their differences, not their similarities, that they truly adhere.

The art, then, of constructing a short story collection isn’t so much about finding sameness but finding difference. And not in that Western sense of category. Remember, I’m talking about friction here. It’s about an aesthetic form of opposition that both resists and embraces agreement. It’s about heat. It’s about the sanctity and profanity of our own bed. Which means, of course, it’s always about us.

Liked that moment?
Subscribe to Trevor and get their extensions as they publish them. 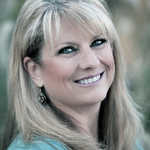 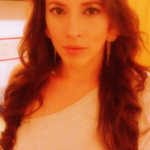 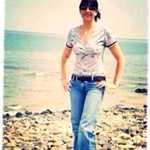 Marti, Craig, Paul, David Wade and 4 others said thanks.

Trevor Dodge is the author of The Laws of Average (Chiasmus 2014) and hosts the creative arts podcast Possible Architect. He teaches writing, literature and comics studies at Clackamas Community College in Oregon City, OR and can be found online at www.trevordodge.com.

Other moments in Oregon City