It was 5°C with few clouds. The wind was wild.

… 0r, when did we forget how to live in weather?

Listen to the news, read friends on twitter and you wouldn’t go anywhere today. Even sayhi says it - the wind is wild. And it is. A tree fell on my line.

The train backed up and came into Leeds another way. I was a bit late. The people who got on at the station we diverted through were a bit early.

Walking through the eerily half empty city I saw some cladding wobble, a street close, a policeman chase after his helmet. The traffic news sounded the same as normal, just higher pitched.

This reminds me of the last time we had weather - the snow. (Weather gets the definite article now, the snow, the wind, the floods.) During The Snow, everyone stayed at home, all the trains were on time. One morning I went the ninety-five miles to Newcastle for an early start and my daughter’s guitar teacher rang to say he couldn’t make the four miles to her lesson. The next week I made the sixty miles to Warrington just in time to get the same message.

Maybe people just want an extra day in bed, or maybe we want our own little western scale tsunamis to dramatise our weather less lives - lifestyle weather - as long as we are not the ones on the news flooded out/under a tree/stuck overnight on the motorway.

This morning I worked on a project at Leeds City Museum involving people with severe learning disabilities from Pyramid of Arts. We sat in the lobby thinking the gale and driving rain blowing the museum door open might put them off. One by one, some of them in taxis, some with their carers, they all turned up.

Not all of them on time, but none of them cancelled. 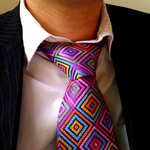 Cassie, Terry and Marcus said thanks.

Other moments in Leeds