Scattered throughout the Boundary Water Canoe Area Wilderness and the Quetico Provincial Park the observant wilderness traveller may notice rock painting on the granite canvases of some mysterious cliffs. Called ‘muzzinabikon’ - ‘marks on the rocks’ These drawings were painted in red ochre probably sometime in the last 300 years, most likely by Ojibwe.

We guess they note sacred sites, the ‘thin places’ of which Mindie Burgoyne writes.

The sites of these paintings maybe dream sites sought out by shamans or the young on a coming-of-age vision quest. Perhaps the drawings mark places where spirits were known or suspected to reside. The Ojibwe considered cliffs important because here sky, earth and water merged. They believed power emanated from such ‘cut rock’ places.

The site I picture has no special name (of which I am aware) although some believe that all rock art sites were individually named by local Ojibwe.

Part of the pictographs on Fishdance Lake. 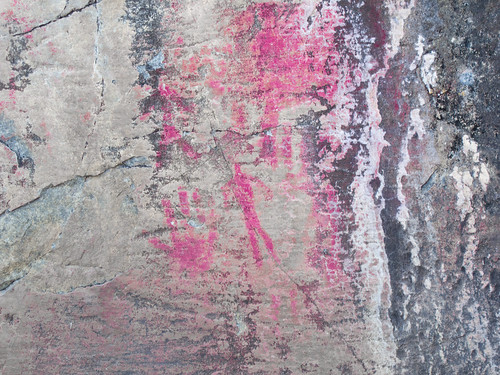 I think the Ojibwe and Sioux name many such ‘thin places’ which were known to the white settlers and eventually slandered or verbally desecrated by their English translations.

Certainly here in Minnesota, and I suspect elsewhere, the words Manitou and Wakonda (or the equivalent in others Native American Languages) are common names on the map as Algonquian and Siouan terms for the Great Spirit. Whites often changed these names to Devil, I have noticed a few instances where the word Witch is substituted.

Some say the white settlers religion (Christianity) which had a very long tradition viewing the wilderness a place of the devil, influenced the mistranslation. Others point out that many white settlers viewed the Native spirituality as nothing more than superstition, something inspired by the devil, Satan, when compared with their own. Still others suggest the names were changed in the white settler’s speech as an racist insult to the Native Americans.

So as I take friends to these places or discuss them,I will gently explain (or is it really a timid rant?), Devil really should be: Great Spirit, Manitou, Wakonda or God.

Can you really treasure a place in which you misunderstand, ignore or distort the spirituality it inspires?

Look carefully behind my nephew to see the placement of some drawings. 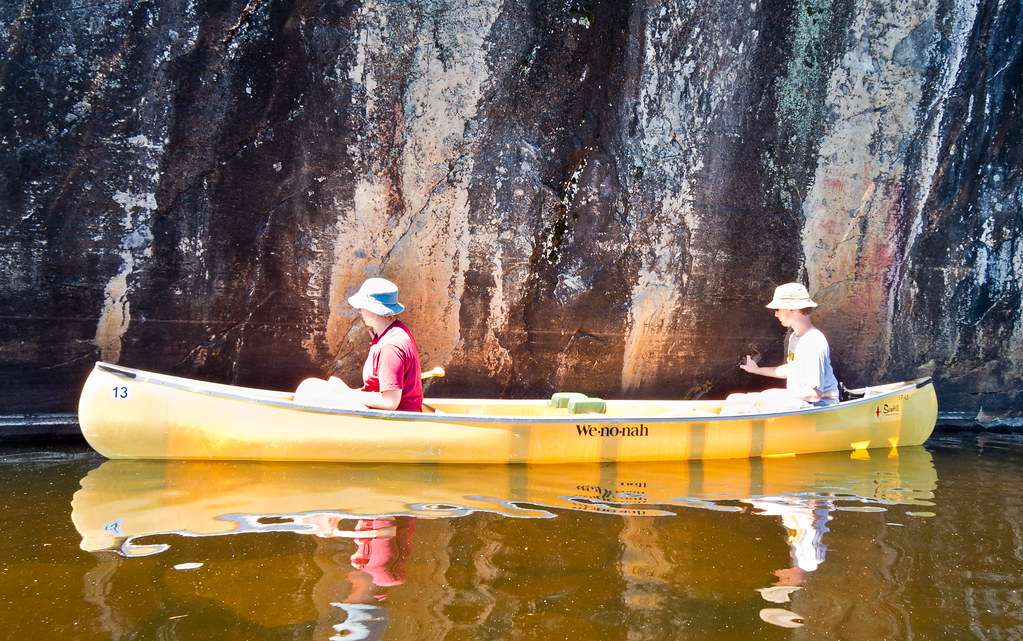 (Generally the canoe trip to this pictograph site in the Boundary Waters Canoe Area wilderness requires a couple of days.)