I can't sleep in the dark anymore.

It was 22.2°C with overcast. The breeze was light.

I wind down. I scribble some writing, scroll through Instagram, take one last sip of water.

I do a visual sweep of the room. Is anything amiss? Is anything rustling? No? Are you there? Good.

I lay back, pull the covers up to my chest, and close my eyes, trying to ignore the lamp that blazes next to me.

For the last two weeks, I haven’t made it through a night sans light.

There’s definitely a term for it— some phobia that means part of my brain isn’t firing or connecting the correct way. But honestly, it’s a fear from experience, not a case of the crazies. You would be afraid of the dark too, I’m sure of it.

When we lived in Indiana, we were in an old cinder block building, stuffy in the summer, overheated in the winter. When I moved in, with my boxes of magazines and suitcases of running shoes, his apartment was already cluttered, although fairly clean. It didn’t matter. The bugs still got in.

Usually you caught them in the kitchen. A big ole roach, scooting across the floor. I screamed every time, running into the next room and begging someone to kill it for me, quick, before he disappeared into the abyss.

But that summer, the second it got humid, they were out in full force.

I can’t quite remember exactly how it happened, but when the first cockroach showed up in our bed, I lost it. When the second one appeared, crawling over my legs under the blankets, I knew I was a goner. We didn’t sleep those nights, and it always happened around 1am— so there was a lot of night left to pass bleary eyed and disgusted, overturning piles of books and clean laundry, going over every inch of the room, looking looking looking for the culprit. We always found them, in the end. But two, three, four roaches crawled over our sleeping forms that summer and it scarred me more than anything else.

[Of course, during that time I heard a story on This American Life— a girl who lived in NYC woke up to a roach lodged in her ear. That didn’t help soothe my sleep-deprived mind.]

A few months ago, I woke to a cockroach scuttling over my magazines in a corner of my room. I got him, then freaked, dousing my apartment in enough Raid to poison myself. I haven’t seen anything since. But for some reason, returning after an extended trip away reignited that fear. Something was waiting for me in that apartment— I knew. I knew.

So maybe I’ll invest in some night lights or finally grow up and spend money on a proper bed, instead of sleeping on a mattress on the floor like a frat boy. “Bugs are attracted to light,” my teammate insisted. “Not roaches,” I replied. “They scatter when the light comes on.” And even if they weren’t affected by light, I could open my eyes and see immediately where they were.

There’s a vulnerability that comes from darkness.

Liked that moment?
Subscribe to Stephanie and get their extensions as they publish them. 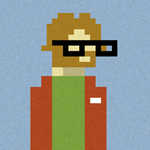 Max, David Wade, Craig, Anne Marie and 10 others said thanks.

A make-it-happen kind of girl. My worlds: a steeplechaser sponsored by New Balance and training with Furman Elite in Greenville, SC | The Fête Blog | Be Loved PR | University of Virginia grad

Other moments in Greenville